Lolita Testu says the orangutan had her sunglasses on for about 15 minutes.
KFSN 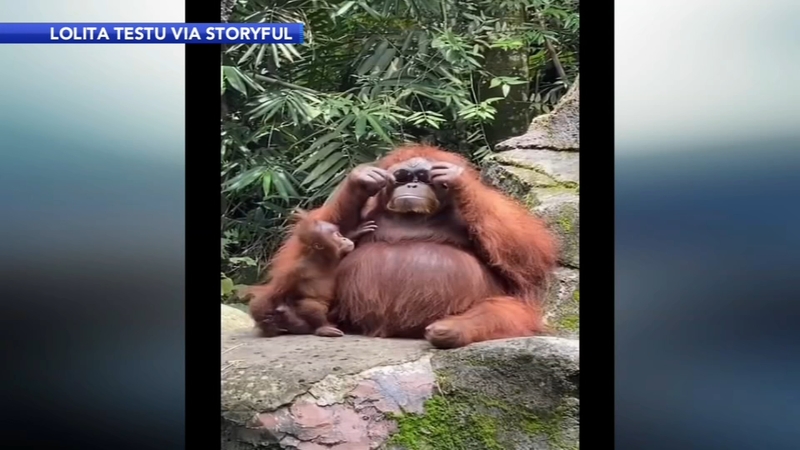 Viral video shows an orangutan sporting sunglasses that someone had dropped into its zoo enclosure at Taman Safari Cisarua in West Java, Indonesia.

The surreal moments happened in March, but the video was uploaded to TikTok this week and has reached 11 million likes.

In the video, the orangutan opens the sunglasses with her mouth and then puts them on.

The ape even brushes away her baby who reaches for the new shades.

Lolita Testu says the orangutan had her sunglasses on for about 15 minutes.

Zookeepers prompted the animal to throw them back.