Balderrama said he is focused on two things: community trust and community safety.
KFSN
By Jason Oliveira and ABC30.Com Staff 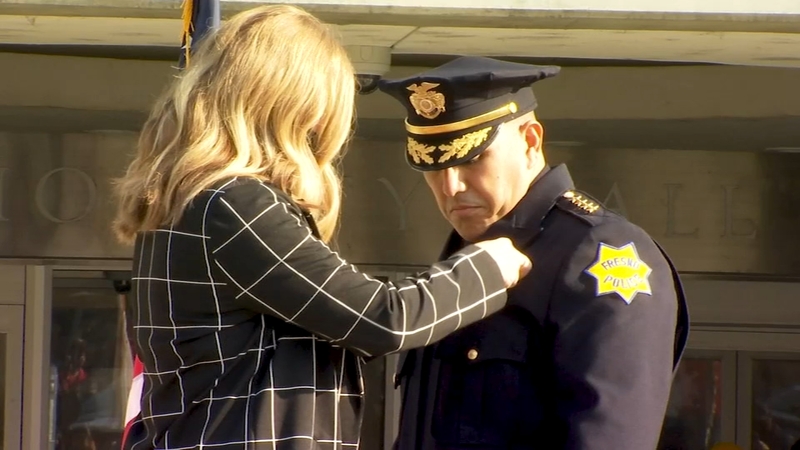 FRESNO, Calif. (KFSN) -- A week after former police chief Jerry Dyer was sworn in as mayor -- the City of Fresno welcomed Paco Balderrama as its new police chief Monday.

"I see an opportunity here, I see a challenge here," Balderrama said. "I see for great things to happen. I believe in five to 10 years, Fresno is going to be a much different place and if I can play a small role in it, that's a life and a career well lived."


City leaders say Balderrama -- who becomes the department's first Latino Police Chief -- was the clear top candidate for the job.

The 44-year-old comes to Fresno by way of Oklahoma City, where he served as Deputy Chief.

Balderrama takes over a department that has seen its share of violent crime, including a record number of shootings in 2020 and already five homicides to begin the new year.


The new chief says he has two main priorities he'd like to establish early on: community safety and community trust

"To the citizens of Fresno, the residents of Fresno, I can say that things are going to change," Balderrama said. "We're going to work very hard to make this city a safer place to live."

"Not just a big Hispanic population, but a big Hmong population, a big Asian population," he said. "This a diverse city, and I believe Fresno kind of represents what the U.S. is going to look like in 20 to 30 years. So I see that as a plus."