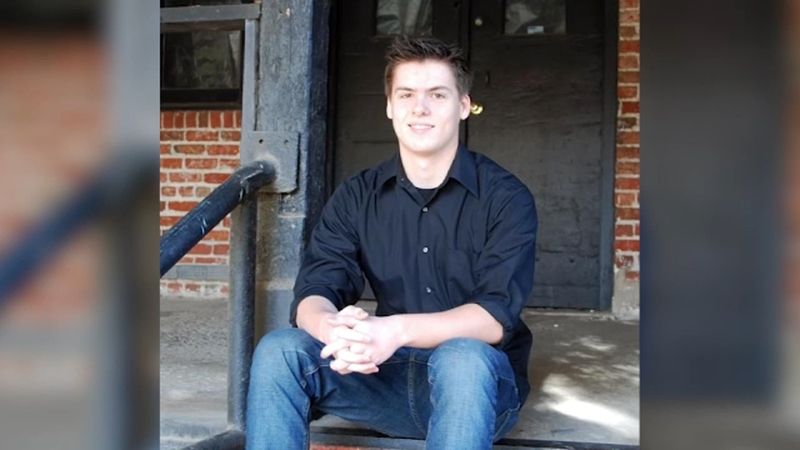 FRESNO, Calif. (KFSN) -- A dangerous drug is being found on the streets of the Central Valley, prompting public health officials to make a strong warning to the community.

"Fentanyl is causing a lot of overdoses and deaths. It's happening all over the U.S. and it's actually happening here," said Dr. Rais Vohra, the interim health officer for Fresno County Health Department.

Now, as students head back to school, officials are warning parents, teachers and community members to keep a close eye on kids.

A local mother who lost her son to fentanyl is urging parents to get nosy, look through their children's belongings and confront them if they need to because she said this could be a matter of life and death.

"You think it's not going to happen to you. I thought, you know, it would never happen to me, but it did," said Pamela Smith.

Smith can still recount all the details that led up to the death of her son, Jackson Smith.

He turned 21 just a few months after starting school there.

"He just went off the rails and he started using a lot of alcohol and pills," Smith said.

Just 13 months after he started college, his roommates urged Smith to pick Jackson up because of his drug and alcohol use.

Smith moved Jackson back, but he wouldn't accept treatment.

In March of 2016, after losing his job at a restaurant, he agreed to get help.

He was clean for a couple months, but then Smith suspected he was using again.

Smith left to temporarily live with her elderly mother, and within five days, Jackson was rushed to the hospital where he was pronounced dead.

He had overdosed from a pill that was laced with fentanyl.

The woman he was with didn't call 911 immediately and told paramedics he wasn't on drugs.

Smith's story is all too common.

The opioid is a painkiller officials said is contaminating many street drugs.

"The first alert that we want to send to the public is that fentanyl is out there. It is very deadly, even in small amounts," said Dr. Vohra.

Officials said as students head back to school, it's more important than ever for parents, teachers and community members to keep a close eye on kids.

Fentanyl-related deaths have dramatically increased over the last few years.

The health department, first responders, and Pamela Smith are encouraging everyone to learn how to use Narcan, a reversal agent that can potentially save someone overdosing on an opioid.

"You never know when you're going to need it and it's better to have it than not," Smith said.

Narcan can be expensive, but there are places in Fresno County that have it available for free.

Smith works with Parents and Addicts in Need they offer free training and free Narcan. You can find their contact information here.

Community Medical Centers have also started offering Narcan for free as well. Anyone visit Community Regional Medical Center or Clovis Community Hospital and ask for it. It will be given to them, no questions asked.