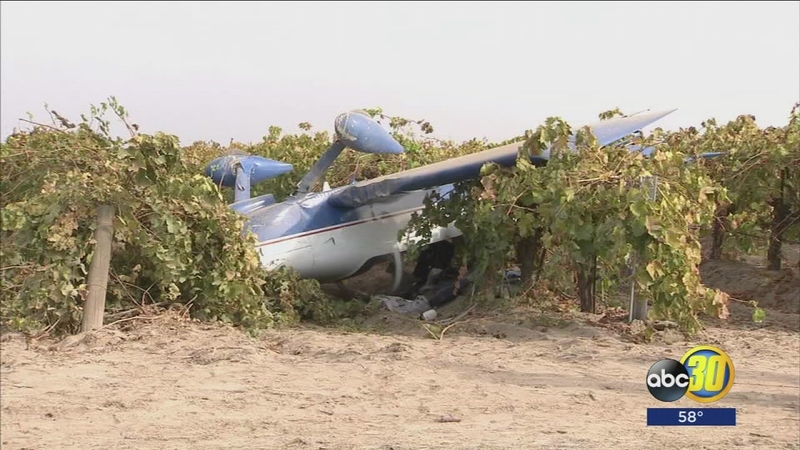 FRESNO, Calif. (KFSN) -- An aerobatic performer of the sky hobbled on the ground Monday night, surrounded by FAA investigators, trying to learn what led this single-engine plane to crash.

Lt. Brent Stalker of the Fresno County Sheriff's Office, "When I say this gentleman is very lucky, I mean that he's lucky to be able to walk away from this."

Not only did the pilot survive, the only signs of his turbulent landing are the scratches on his left arm. He told investigators all was well when he took off from Chandler Airport Monday. Then mid-flight, as he dangled 4,000 feet above the ground, his engine died. He was hoping to reach the nearest airport.

"Once you don't have any power, it acts as a glider, you can glide for quite a ways and this was his hope on this one to try and make it to the Selma airport," said Stalker.

But the pilot fell short-- he told deputies he then tried to land near Cedar Avenue near Floral, to avoid damaging property.

Stalker said, "He tried to land in the roadway here, but due to oncoming traffic he was unable to do that as well."

In the end, he landed in a vineyard-- the plane taking the brunt of the damage, clipping its wings, ending up upside down.

Deputies said the pilot was able to climb out before they arrived.