1 year after murder of George Floyd, some reform on the way for Fresno police 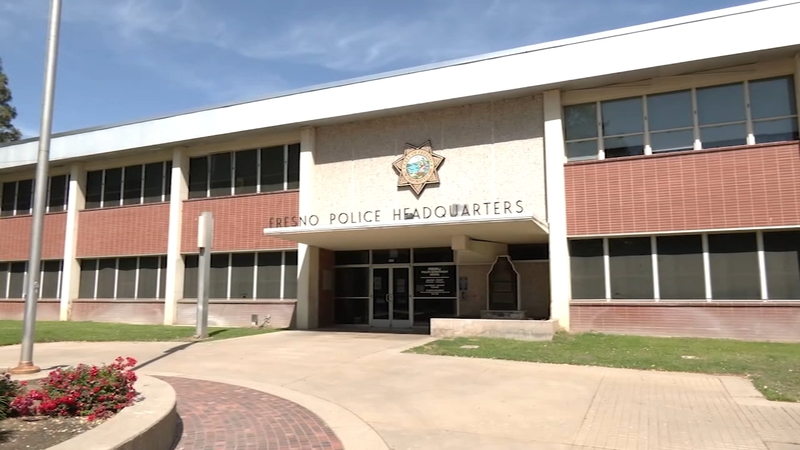 Some reform on the way for Fresno police, chief says

FRESNO, Calif. (KFSN) -- It began with a store clerk calling 911 over a possible counterfeit bill.

Shortly after, then-Minneapolis police officer Derek Chauvin pressed his knee on George Floyd's neck for 9 minutes and 29 seconds, ignoring his pleas of "I can't breathe."

The video of the murder captured by a teenager shook the world. Protestors flooded the streets.

In Fresno, musicians expressed collective grief of the loss of another Black American at the hands of police with a song.

There were also calls for police reform.

One year later, what has changed here in Fresno?

I sat down with Police Chief Paco Balderrama to find out.

"Being in police work is when something happens, even though it doesn't happen in your backyard, it can happen 1,000 miles away; it impacts us here," he said.

In response to the murder of George Floyd, the City of Fresno created the Commission for Police Reform, which came up with 73 recommendations.

"If there's some good that came out of last year, that was definitely one of them," Balderrama said.

The recommendations include changing use of force policies, documenting all corrective actions, and providing a way for you to make complaints of discrimination against police officers.

"There's several of those recommendations which are easy lifts," Balderrama said. "They're not difficult. They're within my power as police chief to implement. The ones that are a little bit more difficult are the ones that take funding and partnerships from county and state agencies."

Balderrama says he's confident many of the changes will be implemented by the end of the year. The recommendations that require funding could take up to a couple of years.

According to an internal memo from Mayor Jerry Dyer to the Fresno City Council, responsibility for making the 73 recommendations happen are split among the City Manager, the newly formed Police Reform Implementation Team, and partnerships with other groups.

Oliver Baines is a former police officer and city council member. He is also leading the new eight-member Implementation Team.

"The culture of policing still needs to go through a dramatic shift, I believe," he said. "I think we're in the process of that now."

The implementation team is in charge of 31 recommendations that include a citizen oversight board, mental health, community programming, and discipline.

Jackson was on the commission on police reform, which disbanded in November after issuing its final recommendation report.