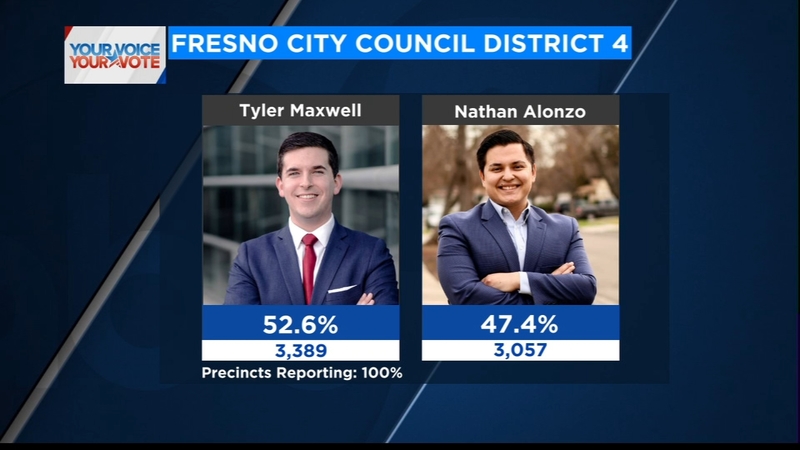 Maxwell, 28, has served as the Public Safety Director for councilman Nelson Esparza.

Throughout his campaign, he's made promises to increase the number of police officers, while improving response times.

Alonzo, 27, has worked as an executive with the Fresno Chamber of Commerce and has been endorsed by former Fresno Police chief Jerry Dyer, who is running for mayor in this election.

There are still several votes to be counted, but Maxwell said he's ready to start working on some of his promises if elected.

"One of the things I want to accomplish is to make District 4 a place of pride again, where families want to move in and conduct business. That's one of the first things I want to start to work on and that people are proud to live in District 4," he said.

"We are two people that bring an energy and an approach that's going to be different in the course of the last 10 to 12 years. I want our generations to be exhibited by he or I," Alonzo said.