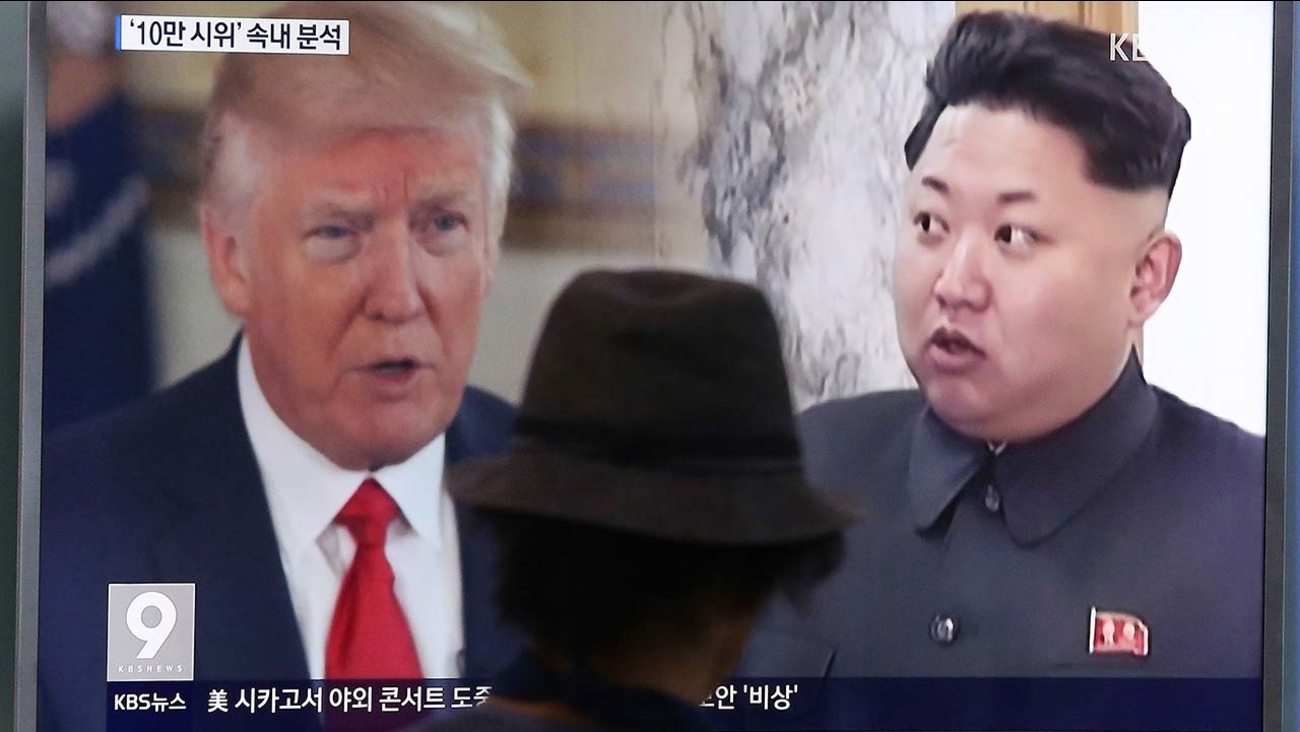 UNITED NATIONS -- North Korea's top diplomat said Monday that U.S. President Donald Trump's weekend tweet was a "declaration of war" and North Korea has the right to retaliate by shooting down U.S. bombers, even in international airspace.

It was the latest escalation in a week of undiplomatic exchanges between North Korea and the U.S. during the U.N. General Assembly's annual ministerial meeting.

Foreign Minister Ri Yong Ho told reporters that the United Nations and the international community have said in recent days that they didn't want "the war of words" to turn into "real action."

But he said that by tweeting that North Korea's leadership led by Kim Jong Un "won't be around much longer," Trump "declared the war on our country."

Under the U.N. Charter, Ri said, North Korea has the right to self-defense and "every right" to take countermeasures, "including the right to shoot down the United States strategic bombers even when they're not yet inside the airspace border of our country."

Hours later, the White House pushed back on Ri's claim, saying: 'We have not declared war' on North Korea. The Trump administration, referring to Trump's tweet, also clarified it is not seeking to overthrow North Korea's government.

Trump tweeted on Saturday: "Just heard Foreign Minister of North Korea speak at U.N. If he echoes thoughts of Little Rocket Man, they won't be around much longer!" Trump also used the derisive "Rocket Man" reference to Kim in his speech to the U.N. General Assembly on Sept. 19, but this time he added the word "little."

This was not the first time North Korea has spoken about a declaration of war between the two countries. In July 2016, Pyongyang said U.S. sanctions imposed on Kim were "a declaration of war" against the Democratic People's Republic of Korea - the country's official name - and it made a similar statement after a new round of U.N. sanctions in December. The North Korean leader used the words again on Friday.

The foreign minister's brief statement to a throng of reporters outside his hotel before heading off in a motorcade, reportedly to return home, built on the escalating rhetoric between Kim and Trump.

"The United States has great strength and patience, but if it is forced to defend itself or its allies, we will have no choice but to totally destroy North Korea," Trump had told world leaders on Tuesday. "Rocket Man is on a suicide mission for himself and for his regime."

Kim responded with the first-ever direct statement from a North Korean leader against a U.S. president, lobbing a string of insults at Trump.

"I will surely and definitely tame the mentally deranged U. S. dotard with fire," he said, choosing the rarely used word "dotard" which means an old person who is weak-minded.

"Now that Trump has denied the existence of and insulted me and my country in front of the eyes of the world and made the most ferocious declaration of a war in history that he would destroy the DPRK," Kim said, "we will consider with seriousness exercising of a corresponding, highest level of hardline countermeasure in history."

On Monday, Ri escalated the threat saying Trump's weekend claim that the DPRK's leaders would soon be gone "is clearly a declaration of war."

All U.N. members and the world "should clearly remember that it was the U.S. who first declared war on our country," the foreign minister said, declaring that North Korea now has the right to take counter-measures and retaliate against U.S. bombers.

Ri ended his brief remarks by saying: "The question of who won't be around much longer will be answered then."

North Korea has repeatedly said it needs a nuclear deterrent because the U.S. intends to invade it.

Ri told the General Assembly on Saturday that the DPRK's recent "ICBM-mountable H-bomb test" was a key step to completing its nuclear force.

He called it "a war deterrent for putting an end to nuclear threat of the U.S. and for preventing its military invasion."

"Our ultimate goal is to establish the balance of power with the U.S.," the foreign minister said.

New rule could allow gas, firing squads for US executions