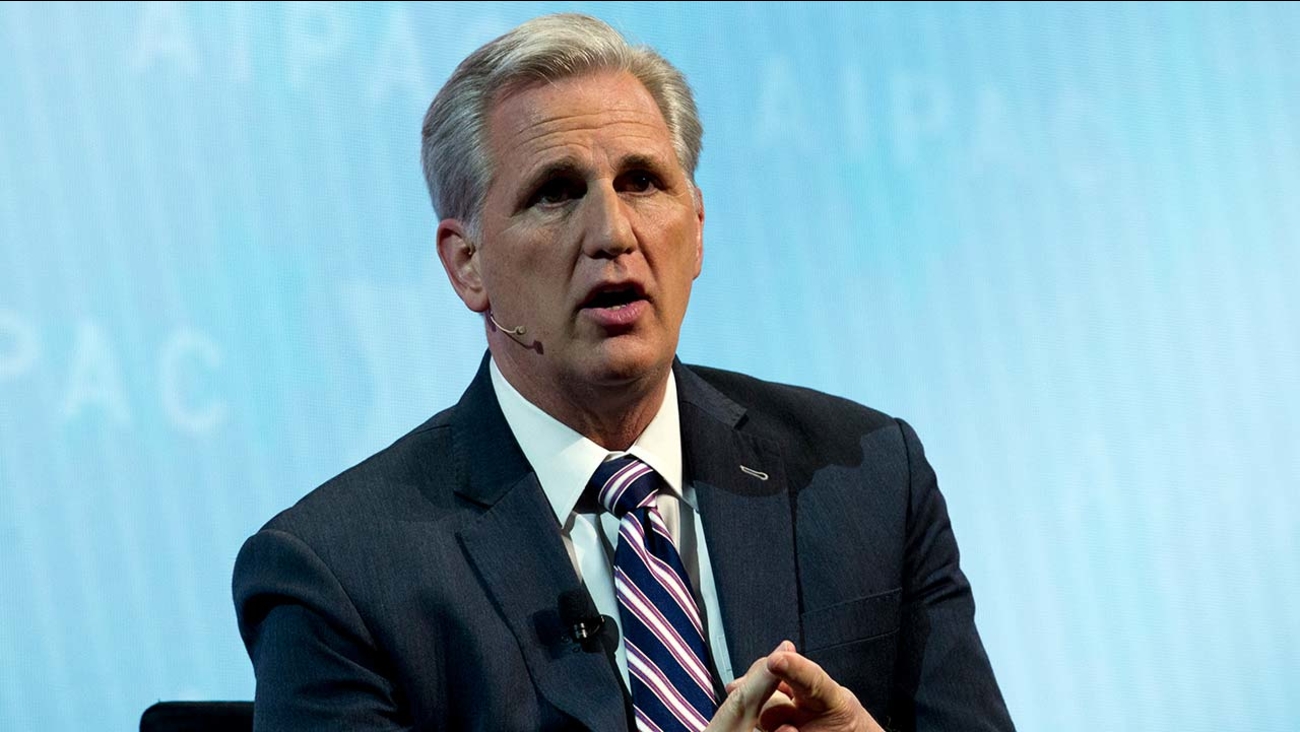 In an interview with NBC's "Meet the Press," Ryan says McCarthy is "the right person."

"I think Kevin is the right guy to step up," Ryan says in the interview that will air Sunday.

The endorsement comes after Ryan stunned Washington this week by announcing he would not seek another term in Congress this fall.

Ryan's retirement, as Republicans fight to keep the House majority in this year's midterm elections, has sparked a potentially bruising leadership battle between California Rep. McCarthy, who is next in line, and the No. 3 ranking Republican, Louisiana Rep. Steve Scalise, who has more support from conservatives. McCarthy backed out of a leadership race three years ago amid similar divisions.
Report a correction or typo
Related topics:
politicspaul ryanu.s. & worldcongress
Copyright © 2021 by The Associated Press. All Rights Reserved.
U.S. & WORLD