KFSN
By Corin Hoggard
FRESNO, Calif. (KFSN) -- Your vote is your voice in the American political system.

But at least one Central Valley Congressional district is practically silent and it was one of the closest Congressional races in the entire country in 2018.

Get out to vote campaigns struggled to get off the ground this year, but as Election Day draws near, they're ramping up.

RELATED: Election 2020: Here's how to register to vote

"Because of COVID in March, we have not been registering as much," said Fresno County GOP Chairman Fred Vanderhoof. "I don't think any party has been doing as much. But now we're, the last couple months, we're starting to do more and more activity."

"Voting is a habit," Keppler said. "Once you vote, it's more likely you'll vote again. So the question is 'Has that habit taken hold with those voters that traditionally don't vote?'"

We're about to find out, but the higher-than-usual turnout wasn't universal.

We found 52 districts where less than 40% of eligible voters registered and cast ballots, including 10 in California.

California's 21st congressional district, mostly in the western Central Valley, is one of the five lowest voting districts in the entire country with just 32.5% of eligible voters casting ballots in the 2018 election.

About a quarter of eligible voters in the 21st District live below the poverty line.

Five out of every six are racial or ethnic minorities.

Community leaders say they try to convince people how important voting can be for them and their children, but not everyone can see the big picture.

"Sometimes when we're busy in our work lives and our family lives, that type of thing, it doesn't resonate with us that that's critical," said Centro La Familia's Rocha.

She says the political system looks very complex, and sometimes people are cynical about whether their vote even matters.

They're squaring off again in 2020 and voter turnout could make all the difference.

For everything you need to know about all the California propositions, check out our 2020 Voter Guide.
Report a correction or typo
Related topics:
politicsfresnovotingi am a votervote 2020election
Copyright © 2020 KFSN-TV. All Rights Reserved.
VOTE 2020 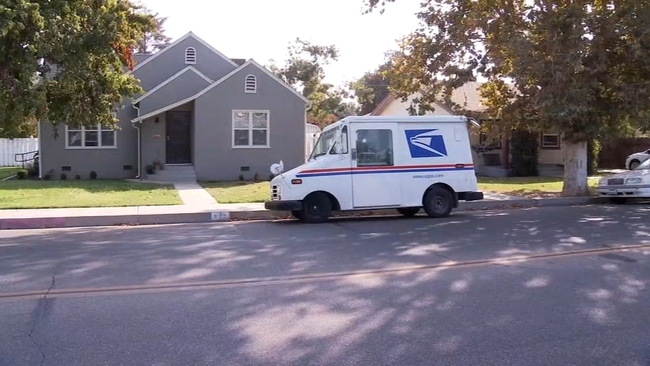 USPS shares how mail-in ballots are delivered in unprecedented election