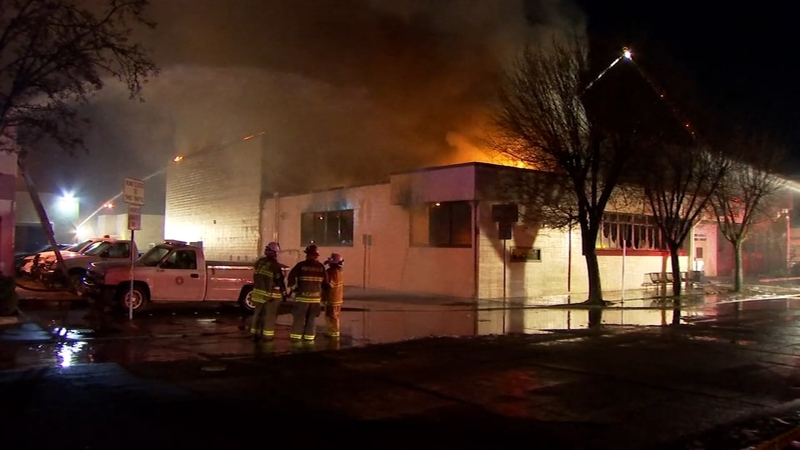 Its purpose is to provide more information about what happened, and prevent a similar tragedy from happening in the future.

"There's not a day that goes by that they're not on my mind," Porterville Fire Chief Dave LaPere said. "And that goes for my command staff too."

LaPere says he's proud of how his entire staff has shouldered the burden of losing two of their brothers: Captain Raymond Figueroa and firefighter Patrick Jones.

They've received peer support from other departments, have access to professional help, and can find comfort in Gardner, the department's new therapy dog.

"He actually rides on the engines, he goes and sees the staff from time to time and if we experience something that's catastrophic, he is employed as an icebreaker for critical incident stress debriefing," LaPere said.

Lollis says the city's temporary library facility, a leased building located near downtown, will be open to the public later this year.

Soon, a library committee and consultant will start a study related to a permanent replacement.

And the city will also have to consider the best use for the old library site.

"It's hallowed ground to many," Lollis said. "And so how it is preserved and how it is honored in the future will be a critical element I believe for the city council and the community to consider."

Meanwhile, the Tulare County District Attorney's Office confirms the two teens accused of starting the library fire were released from custody last August as the murder case against them continues.