Reckless decision, young man hanging off the back of moving truck 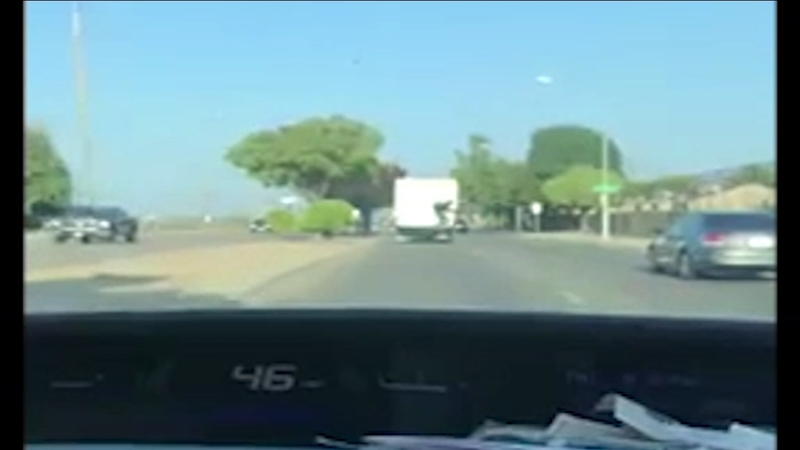 Reckless decision, young man hanging off the back of moving truck

FRESNO, Calif. (KFSN) -- Hitching a ride on the back of a delivery truck going close to 50 miles per hour
Why would someone try this?

Police are baffled after watching this video posted on Facebook.

They worry this young man could have caused an accident or even worse.

"This could've ended in tragedy, where he could've fallen off the truck and gotten hit by a car and gotten injured or even death," said Fresno Police Department Lt. Mark Hudson.

The video starts with the truck and rider traveling on Ashlan Avenue, from the City of Clovis to Fresno.

Then ends with the young man jumping off at Chestnut Avenue with what appears to be his school backpack and runs across multiple lanes of traffic before he disappears off camera.

"That's a traffic violation that certainly would be a citation for the student or young adult on the back of that truck," said Lt. Hudson.

He says if you see this type of behavior on the roads you should immediately call 911.

"This is a 911 call because somebody is in danger and the danger is people could have to avoid this and causing an accident or striking and injuring this person," said Hudson.

Now that the video has been posted on social media authorities worry that we may see copycats.