Renée Zellweger worries more about her dog than Oscar nominations 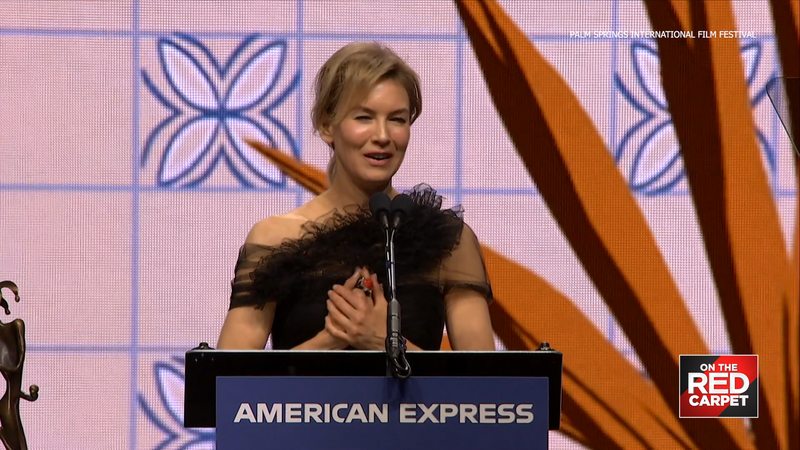 Renée Zellweger worries for her dog

PALM SPRINGS, Calif. -- Renée Zellweger was honored with the Desert Palm Achievement Award at the Palm Springs International Film Festival for her portrayal of Hollywood icon Judy Garland. We think we'll be hearing her name announced on the morning of Oscar nominations, but she's choosing not to talk about it.

Zellweger has previously won the Academy Award for best supporting actress in 2004.

However, on the red carpet at the film festival, Zellweger's mind was elsewhere: "I have my head in UC Davis where my doggie Chester just had his second hip replacement surgery for complications."

The actress has been busy this awards season but claimed, "I've been hands-on and thinking about that every minute."

"He's my son, my first son," Zellweger said about her German Shepherd.

Zellweger revealed that her canine's full name is Winchester King of the Road.

We're sending our well wishes to Chester and our good luck wishes to Zellweger on Oscar nomination morning.

The nominees for the 92nd Academy Awards will be announced on Monday, Jan. 13 at OnTheRedCarpet.com.