Trump tops Rubio in Florida, falls to Kasich in Ohio 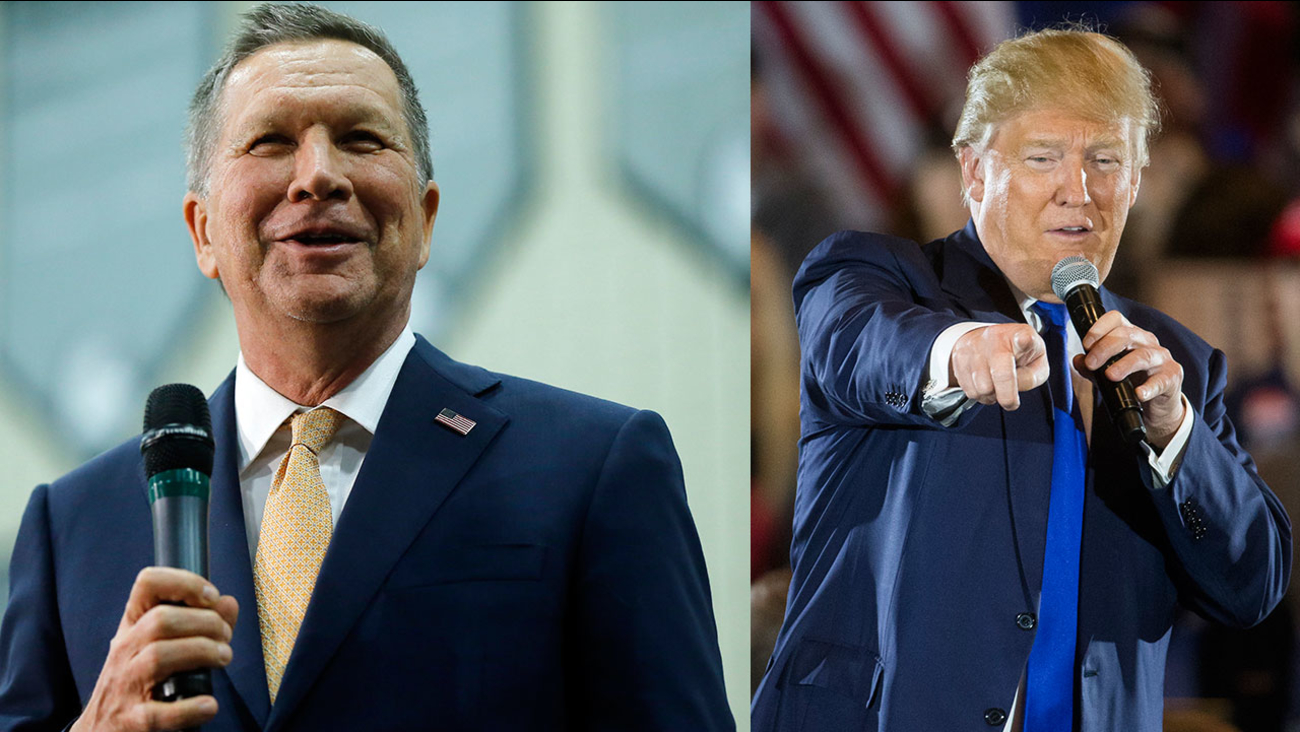 Ohio Gov. John Kasich notched his first and only victory of the primary season by carrying his home state, but he has the fewest delegates of anyone still in the running and had virtually no electoral path to the nomination.

Trump, holding forth at his resort Mar-a-Lago in Palm Beach, Florida, urged Republicans to unify in support of him. They are reluctant to do so.

"Millions of people are coming in to vote," Trump said, citing long lines at the polls and Democrats and new voters choosing him. "We have a great opportunity."

Missouri was the fifth state to hold a primary contest Tuesday. The other contender, Texas Sen. Ted Cruz, is hoping to pick up enough delegates to force a contested national GOP convention in July. Cruz made direct overtures to those who had supported Rubio, saying he stands alone as the last Republican hope of defeating Trump.

As Rubio suspended his campaign, he tried to strike an optimistic note about his party's future, while making a not-so-subtle reference to Trump.

Speaking from Cleveland, Kasich said, "I will not take the low road to the highest office of the land."

Trump's plainspoken - while controversial - appeals have resonated across the country, leaving other candidates reeling for a strategy to topple the unconventional front-runner.

"He will fix everything that is wrong with the economy and immigration," said Alex Perri, a 59-year-old retired firefighter from Margate, Florida, who was campaigning for Trump in the parking lot of an Oakland Park, Florida voting place.

Even as Trump racks up more wins, questions have intensified about whether he is doing enough to stem violence at his raucous rallies.

The New York real estate mogul backed away from a suggestion that he might cover legal costs for a supporter who punched a protester in the face during a rally last week in North Carolina. He has blamed a larger recent clash in Chicago on Democratic protesters.

In a clear reference to Trump, House Speaker Paul Ryan, the GOP's top elected leader, declared that all candidates have an obligation to do what they can to provide an atmosphere of harmony at campaign events and not incite violence.

For some voters, Trump's tone has been a turn-off.

"We need to have a man who will speak against things that are wrong," said Cathy Lewis after she cast her vote for Kasich in their shared hometown of Westerville, Ohio.

In recent weeks, Republicans who dislike Trump have banded to wage multimillion-dollar advertising campaigns against him. One political ad highlights Trump's statements that appear to encourage violence.

Trump still leads the race for delegates, with a total of 619 with his gains in Tuesday's contests. Ted Cruz has 394 delegates, Kasich has 136 and Rubio left the race with 167.

It takes 1,237 delegates to win the Republican nomination for president.