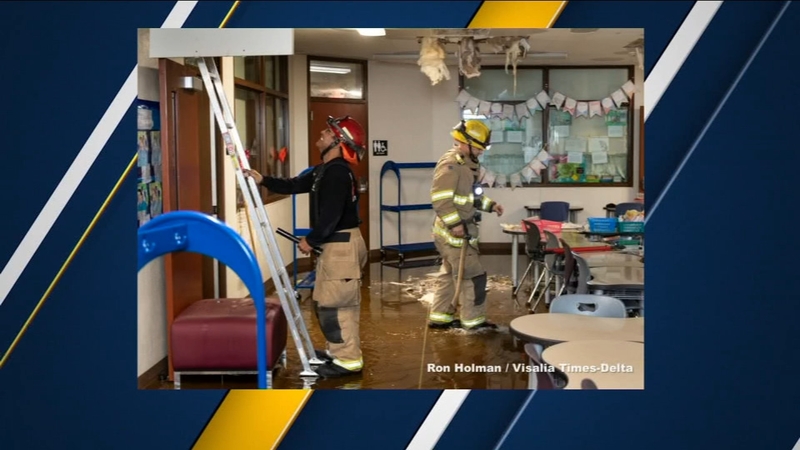 Once inside, crews found water coming out of a door, consistent with a sprinkler going off during a fire, so they requested more help.

After the utilities were shut off, crews were able to safely access the attic of the building, where they found a sprinkler head that had gone off.

But there were still no signs of fire, leading firefighters to believe the sprinkler head malfunctioned.

"The sprinkler head ran for I'm going to guess 30 to 40 minutes probably, and put a lot of water actually into that area of the school building," said Battalion Chief Danny Wristen. "There appeared to be about four classrooms and a common area that were impacted by the water damage."

It's unclear what may have caused the sprinkler to malfunction, but Battalion Chief Danny Wristen says it almost never happens.

In this case, the common area was the most affected. But water also spread to neighboring classrooms underneath the doors.

Wristen doesn't think too many classroom materials were damaged.

Students return to school on Tuesday.