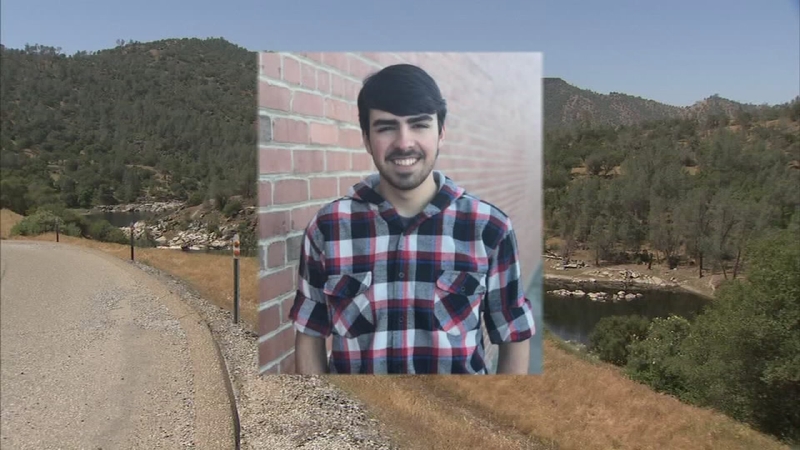 FRESNO COUNTY (KFSN) -- A body has been recovered from the San Joaquin River Gorge, near Auberry, where Fresno County search and rescue crews have been looking for a missing hiker.

Deputies believe the body is that of 18-year-old Jared Gardner, but they are waiting on an autopsy to know for sure.

Today, members of @FresnoSheriff #SAR recovered the body of a man from the San Joaquin River. He is presumed to be an 18 year old missing hiker named Jared Gardner. However, his identity still needs to be officially confirmed by our CSI technicians and the Coroner's Office. pic.twitter.com/LesGp37X7G

Search crews took video of the rocky area roughly a half of a mile downstream where a man's body was found Friday.

Lieutenant Kathy Curtice of the Fresno County Sheriff's Office said, "The terrain where he was ultimately recovered from today is very rugged terrain. It's composed of boulders the size of vehicles and buildings, with water running through it."

Deputies began searching for Jared after a sudden surge of water from a dam release swept him away last Saturday afternoon.

Crews used a drone, airplanes, boats, search dogs and a helicopter to try to find him, but it took searchers physically getting into the water to maneuver in and around the rocks.

Lieutenant Curtice said of the gorge, "It's almost got a lot of different areas that are kind of cavernous and very dark and in areas the water disappears beneath the rocks."

About 30 people from the Fresno County Sheriff's Office were looking for Jared Friday when the body was found.

Family friends described the high school graduate as a faithful young man who volunteered at summer camps enriching the lives of young people.

Just two weeks ago, Jared was singing with his choir group at the Peace Officer Memorial Event in Courthouse Park in Downtown Fresno.