Sanger police officer arrested for sexual battery, detectives think there may be other victims

Officer J.D. Torrence allegedly made a woman stand next to his patrol car, and touched her against her will in a sexual manner.
KFSN
By Jessica Harrington 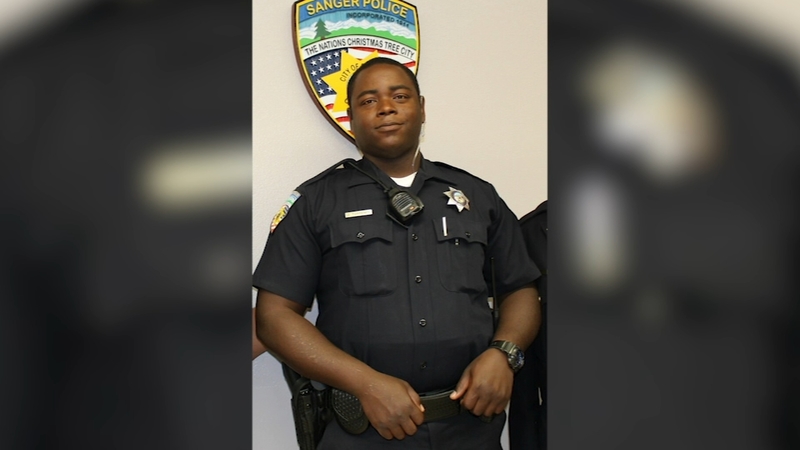 Authorities said it was around 9 or 10 p.m. on June 23 when Sanger Police Officer J.D. Torrence approached a vehicle parked near 8th and Academy in Sanger.

Inside was a man and woman.

Torrence asked the woman to get out due to her possibly being intoxicated.

At some point, the man was allowed to leave.

Officials say as Torrence interviewed the woman, he touched her in a sexual manner, against her will.

"What he did was pretty egregious, offensive and criminal," said Fresno County Sheriff Margaret Mims.

Action News was there when Officer J.D. Torrence was released from the Fresno County Jail Wednesday night on a $250,000 bond.

Sheriff Mims said Torrence was wearing a body camera, but he didn't activate it.

He also did not tell dispatch he was on a stop.

Sanger Police Chief Greg Garner said both of those actions are against department policy.

"If he was there taking legitimate enforcement action, by policy, he should've let the dispatcher know what he was doing and why he was there," Chief Garner said.

Officials said the woman walked away and went to a nearby well-lit business while she waited for Officer Torrence to leave the area.

The next day, the woman reported the incident to the Sanger Police Department.

Officer Torrence was immediately placed on administrative leave and the case was given to the Fresno County Sheriff's Office for investigation.

On Wednesday, two weeks after the alleged incident occurred, Torrence was arrested for sexual battery and unlawful detainment.

"This is horrible in any circumstance and it's even more so when it's committed by a law enforcement officer and that's just something we won't stand for," Chief Garner said.

Sheriff Mims said investigators served multiple search warrants throughout their investigation, including one at Torrence's home.

During their search, investigators found evidence of a second possible victim.

Sheriff Mims says based on Ofc. Torrence’s behavior and “how blatant he was” they believe this was “not the first time Ofc. Torrence committed this kind of crime”. She urges other victims to come forward. @ABC30

Sheriff Mims said detectives have contacted her and the investigation is ongoing.

She believes there are more victims out there.

"He portrayed a pattern of behavior that leads us to believe this is not his first time," said Sheriff Mims.

Officials are asking any other potential victims to come forward and make a report.

Sheriff Mims just came back in and told us that during the press conference a woman called to report they were also a victim of Ofc. Torrence. She said she listened to the voicemail and it’s “just heartbreaking”. @ABC30

Torrence was booked into the Fresno County Jail. Overnight, he bonded out.

We called his wife over the phone who told Action News she did not have a comment before hanging up.