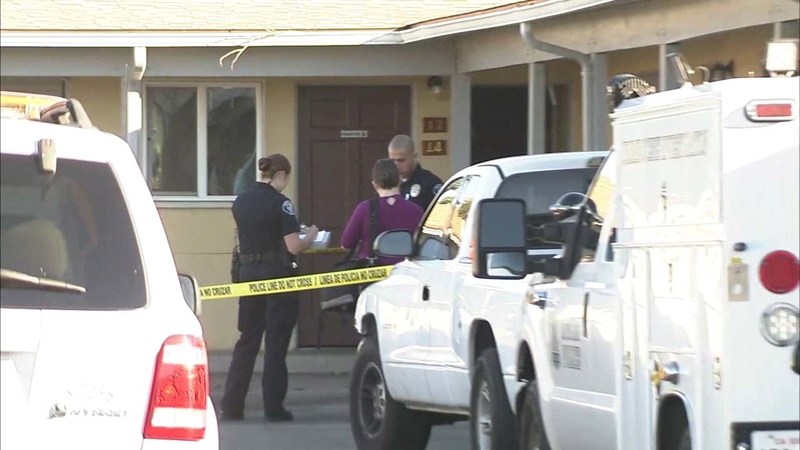 SANTA ANA, Calif. -- A woman was found dead in a motel in Santa Ana on Tuesday, and a person of interest was detained in Fresno as detectives investigated the case as an apparent homicide.

Santa Ana police received a call from the CHP in Visalia and then went to perform a welfare check at about 5:45 a.m. at the Sunshine Village Motel on East First Street near South Grand Avenue.

Authorities said the unidentified victim, a woman in her late 40s or early 50s, was found dead in one of the rooms. The room was not registered in her name.

There was no word on a suspect description or how the woman died.

In a tweet, the police department said homicide detectives were on their way to Fresno to interview a male who had been detained in the case.

The initial contact from CHP came after authorities investigated a broken-down vehicle in Tulare County and spoke to the driver. He was later described as a person of interest in the case.

The possible connection between the victim and person of interest was not immediately known.

"Once they interview the individual up there, we'll get a better sense of what the relationship that person has to this person," police Cpl. Anthony Bertagna said. "Are they related? Was this just an encounter that went bad? Those are things that we're going to find out."