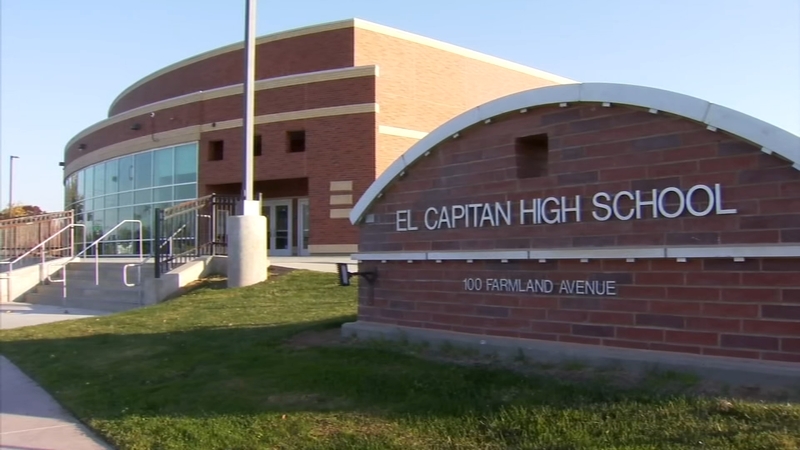 MERCED, Calif. (KFSN) -- Classes went on as scheduled at El Capitan High School on Friday, but news of a school shooting threat had a noticeable impact on the campus.

Officials say 250 students were absent or went home, compared to about 50 or 60 on a typical Friday. Despite the fact, officers arrested the suspect hours before school began.

"We did receive the all-clear this morning for classes to resume as normal," said Sam Yniguez.

Officials say they first heard of the threat around 11 p.m. Thursday, when a student sent a message through the Merced Union High School District's Tip411 system.

"It's an anonymous hotline that lets students or staff report any safety concerns they see or hear about," Yniguez said. "So once we became aware, the district started working with the Merced Police Department on the investigation."

Police also received a call from that student's mother and immediately began following leads. By 5:30 a.m., they had arrested the 17-year-old El Capitan student and taken two guns from his home.

"This individual we have in custody has been in contact with law enforcement before, so we're looking into what his background is," said Lt. Jay Struble. "Our detectives are still looking into this case, getting information off his social media accounts, his electronic devices, phones, computers all that to come up with a possible motive."

This case comes after a Golden Valley High freshman was arrested last April for making a false active shooter report over a school radio, prompting a massive law enforcement response.

Police say they have to take every threat seriously, and they hope students will do the same.

"You never know which one could be the one to create an unfortunate situation just like yesterday in Santa Clarita," Lt. Struble said.

The suspect, in this case, is being held in juvenile hall for making criminal threats, but police say the district attorney's office could choose to charge him as an adult.