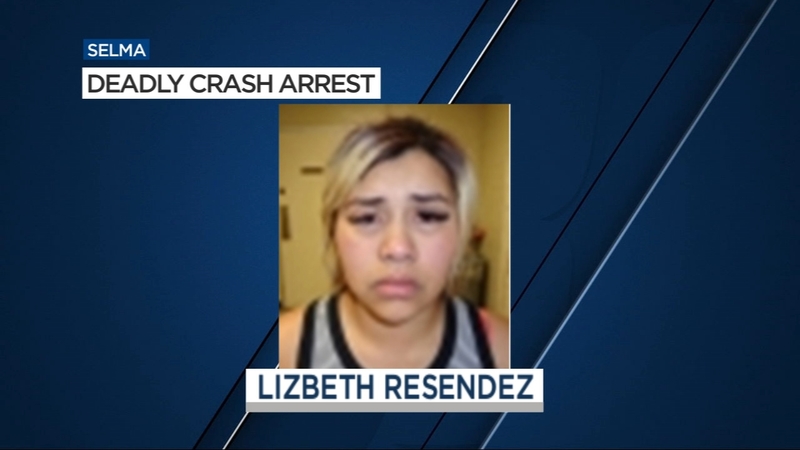 FRESNO, Calif. (KFSN) -- Selma police say they've arrested a 26-year-old woman accused of causing a hit-and-run crash that left a man dead all while she was driving under the influence of alcohol.

The crash happened Monday shortly before 1:00 am on Floral Avenue and A Street.

Investigators say Lizbeth Romero-Resendez of Parlier crashed her Honda Accord into a Chevy Tahoe and then drove off.

Officers found her vehicle near Floral and E Street and say they saw a woman running from the car.

While searching the vehicle, police found a male passenger suffering from major injuries unconscious in the back seat. He was taken to a local hospital, where he later died. His name has not been released.

A short time later, Fresno County sheriff's deputies found Romero-Resendez and another woman hiding behind the gate of a nearby home.

Police say they both had non-life-threatening injuries and were also transported to a hospital for treatment.

Officials say Romero-Resendez was on probation and had been arrested for DUI multiple times.