Monique Cooper slammed her car into Latoya Crama in May 2019. They had bad blood over a man.
KFSN
By Corin Hoggard 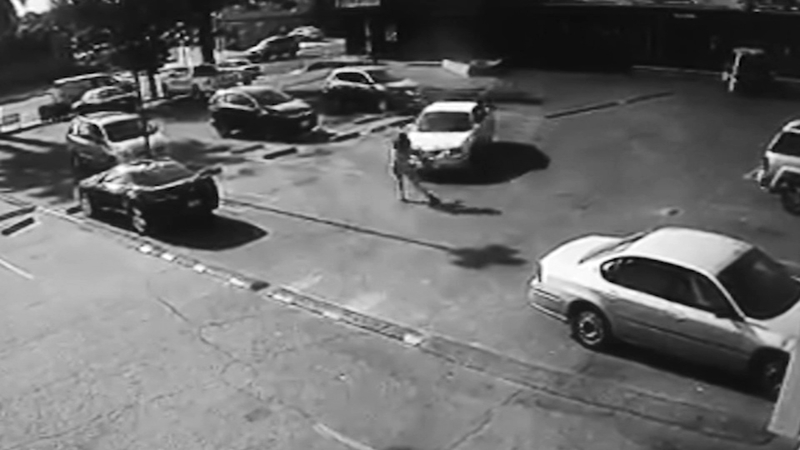 FRESNO, Calif. (KFSN) -- A shocking assault caught on camera led to a prison sentence Friday as the driver who hit another woman with her car learned her punishment.

Action News broke the story of the May 2019 attack in southwest Fresno.

Monique Cooper and Latoya Crama barely knew each other then, but they had bad blood over a man and got into an argument as Crama dropped her daughter off at school.

Their confrontation moved to a strip center parking lot and that's where the trouble seriously accelerated. And it was all caught on video.

Cooper slammed her car into Crama, but her attorney argued at trial that Crama was the aggressor who started the fight.

"I don't think there was anything that she started a physical fight," the judge said about evidence at trial.

"No, not a physical fight," defense attorney Gerald Schwab conceded. "I should say a verbal argument."

"Right," said Judge Gottlieb. "The elevation of that from a verbal fight to running someone over in a car is pretty excessive in my view."

Prosecutors charged Cooper with attempted murder, saying when she hit the gas she meant to kill.

Cooper testified in her own defense, saying she was horrified by what she saw in the video, but murder was never on her mind.

"As her own statement was and what our closing argument was that she made a rash, stupid 23-year-old decision," Schwab said. "And she admitted that on the stand."

The crash broke Crama's toe and sent her to the hospital for a few days.

Jurors found Cooper not guilty of attempted murder, but guilty of assault with a deadly weapon.

Judge Gottlieb told her Friday she was lucky her attorney did a good job and the jury gave her the benefit of the doubt.

"I think that, you know, when we looked at the video and saw the fact that you hit this woman and she went basically flying over the front of your car, I think it's by the grace of God and fortunate for everybody that nobody got seriously injured," he said.

The judge sentenced Cooper to five years and eight months in prison for the assault case and a separate theft case.