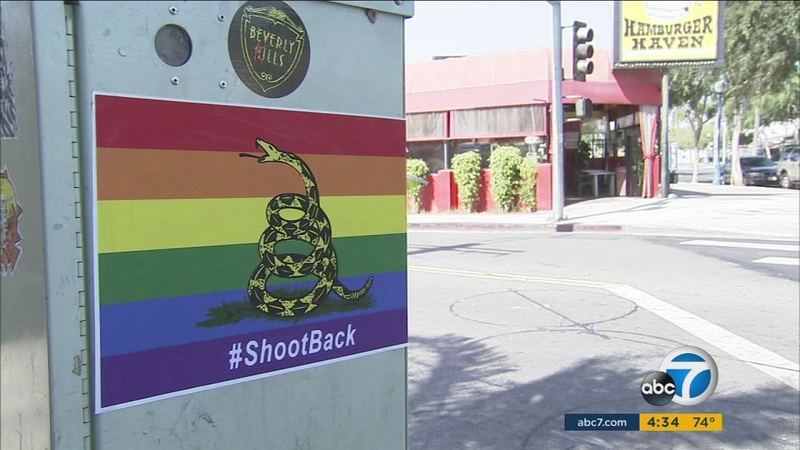 WEST HOLLYWOOD, Calif. -- In the wake of the Orlando nightclub tragedy, posters have appeared all over West Hollywood with a pro-gay pro-gun message.

The posters were sprinkled near the Pacific Design Center, on Melrose Avenue and in front of The Abbey.

The posters look like a take on the "Don't Tread On Me" symbol, featuring a coiled rattlesnake set against a rainbow with #shootback.

It's a message that's not being well-received in the community. Gallery owner Ron Valdez took several down Wednesday.

"I feel the message itself, shoot back, is not what we want to do and I feel that it immediately conveys a negative emotion," he said. "West Hollywood isn't about that. It isn't about shooting back. It's about trying to uplift people and making sure that they see the right thing and to do the right thing..."