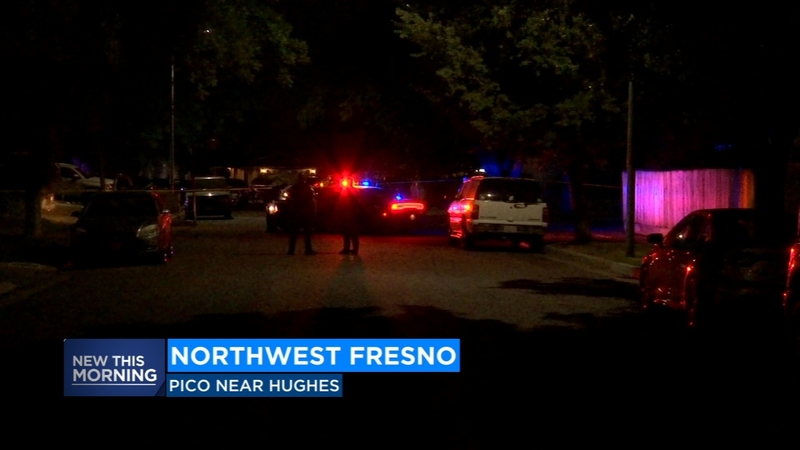 FRESNO, Calif. (KFSN) -- Police are looking for the gunmen who opened fire and shot four people at a northwest Fresno party Friday night.

The shooting happened at a house on Pico near Hughes just before 11:30 p.m.

Officers say two suspects were hiding in the shadows of a neighboring home when they came out and opened fire on the partygoers.

After firing off several rounds, the gunmen ran off before anyone could identify or get a description of them.

Three victims suffered some minor injuries and the other was hit in the torso, but he is expected to survive his injuries.