Silvia Gonzales cried as she addressed the court for her role in the explosive crash just outside Tranquility in November 2019.
KFSN 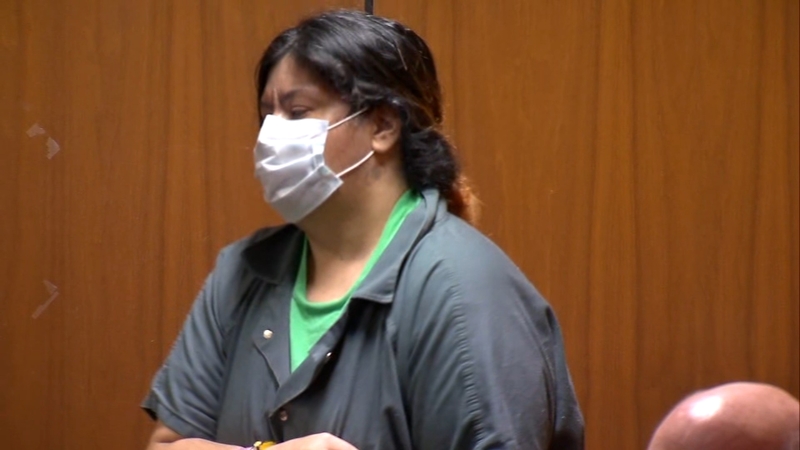 FRESNO, Calif. (KFSN) -- A woman who California Highway Patrol officers say was high on meth and marijuana when she hit and killed an elderly couple last year was sentenced on Thursday for the crime.

Silvia Gonzales cried as she addressed the court for her role in the explosive crash just outside Tranquility in November 2019.

Gonzales received 8 years in prison for the chain reaction crash that ended the lives of Nick and Janie Flocchini.

Silvia Gonzales had been addicted to meth for years. She used it daily, including on the November afternoon she caused a deadly crash near Colorado Road and Sumner Avenue in western Fresno County.

Tears and tremendous apologies didn't change the outcome Thursday for Gonzales. Despite having no prior criminal history, Judge Michael Idiart sentenced her to eight years in prison.

"I can certainly understand medicating yourself with drugs but you just can't get behind the wheel because things like this can happen and then when they do it's time to pay the piper," Idiart said.

The victim's family did not address the court but the deputy district attorney said they didn't feel the punishment was enough for the two lives taken from them.

Gonzales' attorney points out she pleaded guilty early on and understands the damage she did to the victim's family and her own.

The 43-year-old defendant is also a mother.

Gonzales said she thinks of the Flocchinis daily, along with their family, and she promised to be a better person once she's released from prison.

"I understand judge, and to the victim's family, that I cannot undo what has happened, but I can ensure that nothing so tragic ever happens again, because I will go to counseling and AA upon release," she said.

Gonzales has already served over a year in jail.