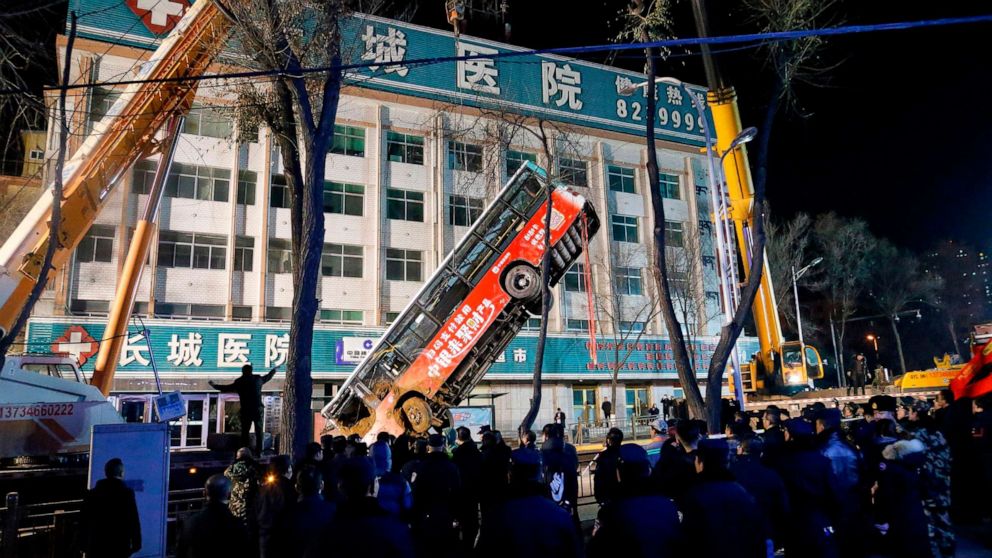 ABCNews
By MARK HANRAHAN
At least six people have been killed and 16 injured after a city bus crashed through the road and into a sinkhole in the Chinese city of Xining on Monday.

Footage aired by Chinese state TV shows the rear of the bus poking out of the sinkhole seconds after it fell through. It also shows pedestrians trying to help others escape the sinkhole falling into it themselves as the ground beneath them breaks away while others flee.

A lamp-post is then seen sinking further into the hole beside the bus and the flash of an explosion is seen, followed by smoke billowing from the hole.

The hole reached almost 10 meters (around 33 feet) in diameter and a rescue effort involving almost 1,000 emergency responders and 30 vehicles is underway at the site, state media reported.

Subsequent footage shows rescuers perched precariously between the edge of the sinkhole and a nearby bus stop, as they pull someone from the hole.

Those injured in the incident are described as being in a stable condition, state media reported.

Sinkholes are not uncommon in China and are often blamed on the extensive construction that has come with its rapid economic development in recent years.

In 2018, for example, four people were killed the Chinese city of Dazhou when they were swallowed by a 10-meter-deep (around 33 feet) sinkhole.

And in 2013 five people were killed with a 10 meter (33 feet) wide sinkhole opened up in the southern city of Shenzhen.

Numerous other incidents have not resulted in deaths, such as a 2015 sinkhole in the Chinese city of Harbin that which was caught on camera swallowing a minibus carrying five commuters.
Report a correction or typo
Related topics:
abc newsnational
Copyright © 2020 ABC News Internet Ventures.
More Videos
From CNN Newsource affiliates
TOP STORIES 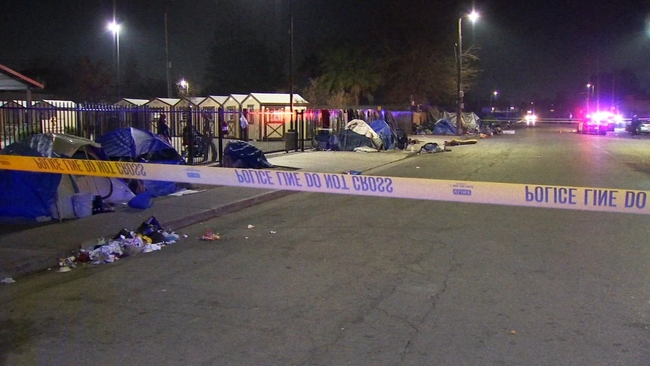 Fresno PD: Crime not on the rise in southwest policing district