But California water experts caution against too much optimism, too soon
KGO 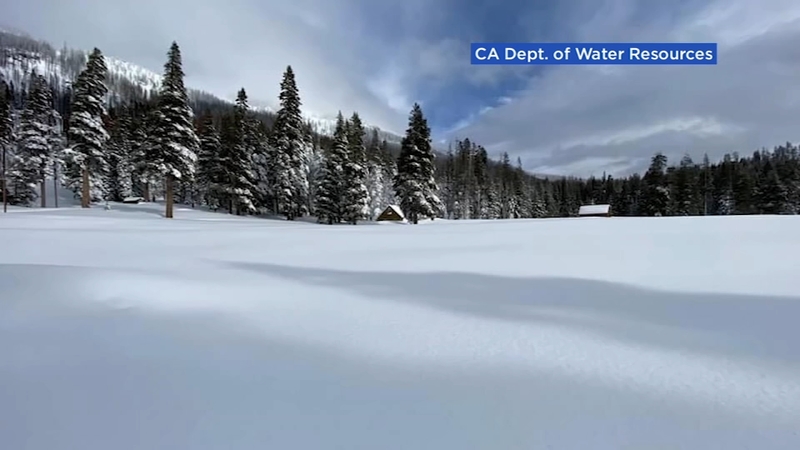 EL DORADO COUNTY, Calif. -- The first snow survey of the season brought the kind of news everyone hoped for, a huge snowpack for this time of year. As good as it looks now, what really matters for California's water outlook is what's left of it in the spring.

What a difference a few good storms make. In California snow surveys in the past, this monthly march was sometimes conducted with more dirt than snow.

Not this year, not by a long shot.

That means if it stopped snowing today, the sierra would already have four-fifths of the average snowfall for the entire season, ending April 1.

Overall, the statewide snowpack is 160 percent of average for this date.

"Really with all that rain, it just primed our watersheds so that any future rain or snow would be able to just run off," said De Guzman.

It's a bounty for sure, but California water experts caution against too much optimism, too soon.

Several key reservoirs are well below where they should be for this time of year. Shasta is just 49 percent of average, and Lake Oroville 72 percent. Others like Folsom are already brimming and may need to have some water released even this early in the season.

Indeed, a great start doesn't always end with a bountiful water supply. In 2013, water managers remind us, December was great, but then the spigot abruptly shut off.

"If everything were to melt right now, we don't have a full bucket yet," said De Guzman. We still need January, February, and March to come and hoping for April 1 to get to a lot higher, to have runoff to fill up those reservoirs."