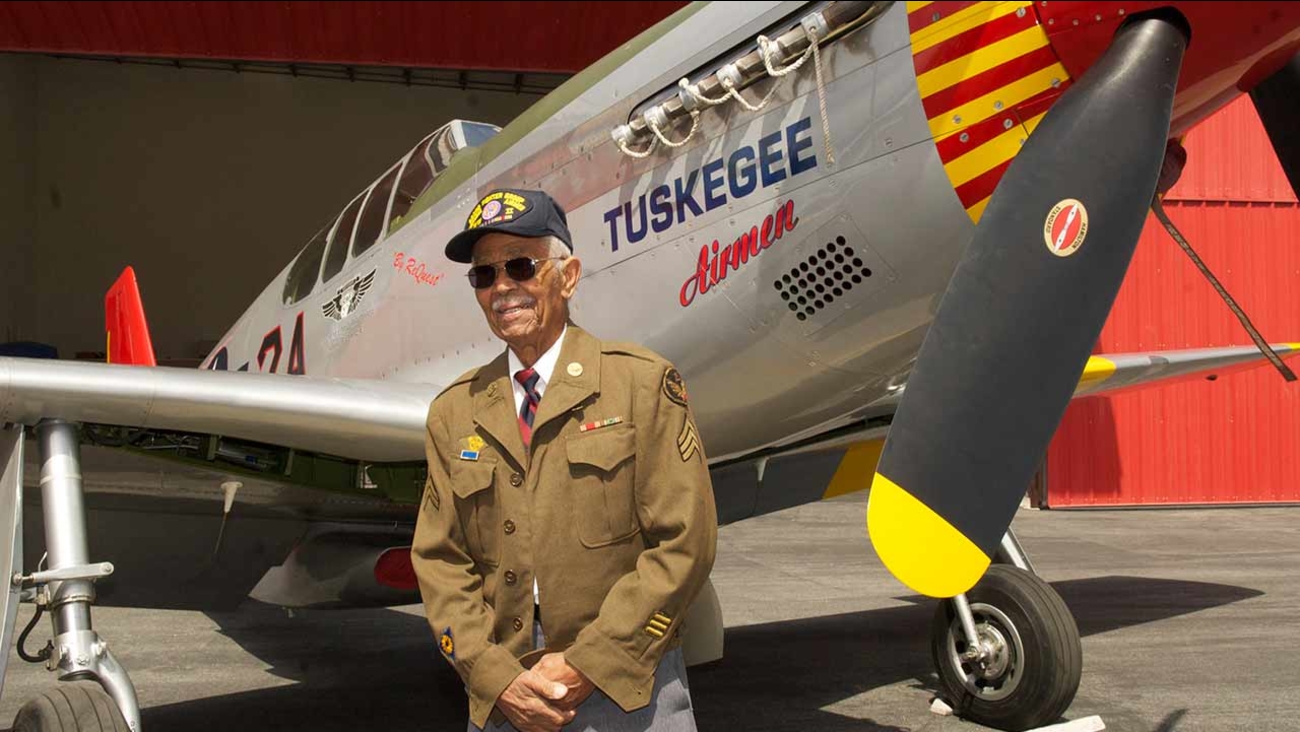 LOS ANGELES -- Two members of the Tuskegee Airmen - the famed all-black squadron that flew in World War II - died on the same day. The men, lifelong friends who enlisted together, were 91.

Joseph Shambray, a member of the Tuskegee Airmen, the famed all-black squadron that flew in World War II, at his home in Los Angeles.

Joseph Shambray, a member of the Tuskegee Airmen, the famed all-black squadron that flew in World War II, at his home in Los Angeles. (AP Photo/Courtesy Tim Shambray)

Huntley and Shambrey enlisted in 1942. They were shipped overseas to Italy in 1944 with the 100th Fighter Squadron of the Army Air Force's 332nd Fighter Group. As mechanics, they kept the combat planes flying.

Huntley serviced P-39, P-47 and P-51 aircraft, and as crew chief was responsible for the plane of the squadron commander, Capt. Andrew D. Turner, said Huntley's nephew, Craig Huntly of Inglewood. "The life of his pilot was in his hands, and he took that very seriously," his nephew said.

His concern led Turner to nickname him "Mother," Huntly said.

In addition to facing danger, the Tuskegee Airmen faced racism.

Shambrey's son, Tim Shambrey of Altadena, said his father recalled getting off a train in Alabama where a hospitality station was welcoming returning white troops with handshakes and free coffee.

"When he and his buddies came off, dressed in their uniforms, of course they didn't get any congratulations" and were asked to pay for their coffee, Shambrey said.

"The thing about those men is that they were very proud" and decided not to make a fuss, Shambrey said. "They were already used to so much discrimination."

In later life, Shambrey didn't talk much about his war service but he held barbecues that sometimes drew 150 people, including a lot of his old Army buddies, his son said.

Huntley also didn't talk much with his family about the war, said his daughter, Shelia McGee of Los Angeles.

He told them: "I was doing what I was supposed to do, and that was to serve my country," she said.

Shambrey was a National Guard combat engineer during the Korean War and later spent his career with the Los Angeles County Department of Parks and Recreation, his son said.

Huntley was a skycap for more than 60 years at airports in Burbank and Los Angeles, his daughter said.
Related topics:
societymilitaryworld war iiarmycalifornia
Copyright © 2020 by The Associated Press. All Rights Reserved.
CALIFORNIA