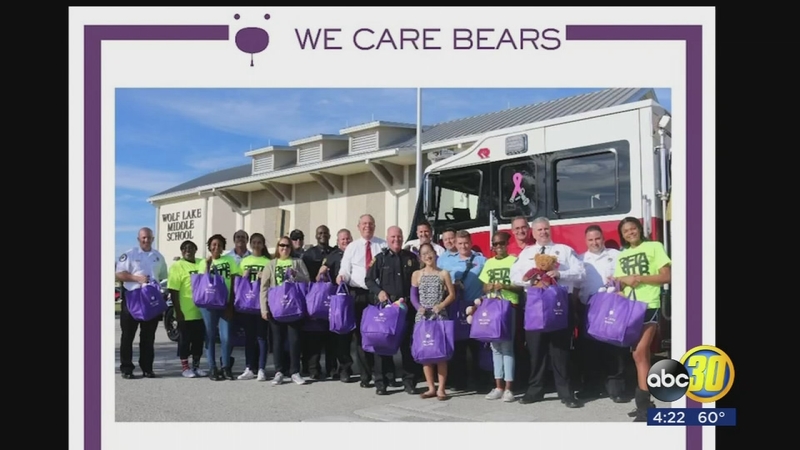 The teddy bear tour is Jessica Carscadden's idea. She collects them, gives them to firefighters and police officers, who then load them on their trucks and give them to kids they meet who are scared or injured.

"I think it's something that is often overlooked because we don't do it as often as we should or we don't think about it," said Cpt. Stephen White.

More than 35,000 stuffed animals have been handed out nationwide. Jessica has received a lot of attention around the country.

Her mother Kathleen said, "She has taken what I thought was just an impromptu kind of a desire and really grown it into a project that's really pretty, pretty broad."

Tampa Fire Captain Stephen White says it works anywhere because there is a need everywhere.

"For children that are on the scene and they've been traumatized, whether it's been by an accident or their house has been on fire, it's a very calming influence that they can hold on to and cling to."

Jessica understands the importance of the bears. She was born with a facial defect, abandoned by her birth parents, then left at an orphanage.

"You have nothing to call your own, nothing was yours," Carscadden said.

This project is all hers. Nothing got in her way, not even doubts from mom.

Kathleen said, "As a girl, you feel you are empowered and don't let no one stop you or get in your way. You have to walk through many no's and some of them are powerful, like your mother."

"My goal is for every first responder to have a stuffed animal in the back of their car," Carscadden said.

Jessica started the We Care Bear project with her allowance money. Now, it is mostly supported by donations.