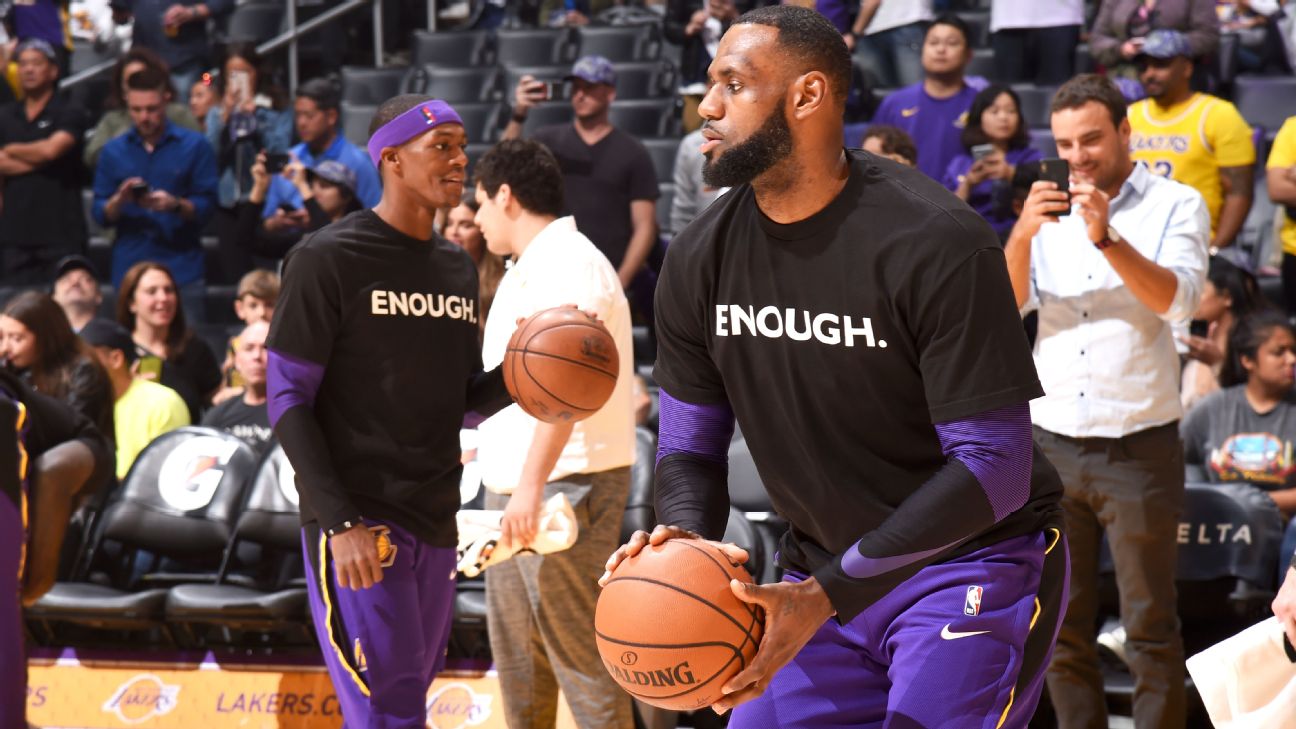 LOS ANGELES -- With NBA commissioner Adam Silver in the stands and supporting the cause, the Los Angeles Lakers and Atlanta Hawks honored the victims of the Thousand Oaksshooting by wearing black T-shirts with the message "Enough" on the front.

The Lakers and Hawks followed what the Clippers and Milwaukee Bucks did on Saturday when players from both teams first wore the T-shirts.

"As I've always said, our players aren't just ballplayers, they're citizens," Silver told ESPN after watching the Lakers beat the Hawks 107-106on Sunday. "They have strong feelings about what's happening in society and they react to them. I think this was something that was a groundswell within the league. It came from the players and it spread by word of mouth from one team to another.

"It obviously began here in California and other teams around the league supported them," Silver continued. "Again, I support our players' desire to speak out on issues that are important to them and important to society."

The T-shirts also had the names of all 12 people killed by a gunman who opened fire inside the Borderline Bar & Grill, a popular local spot about 40 miles northwest of Los Angeles.

LeBron James, who has been outspoken on several issues pertaining to social injustice, said he felt the same feelings of outrage that so many have repeatedly felt following a mass shooting.

"Probably the same that went through everybody's mind: 'Not again.' Or: 'Wow. What the hell?'" James said of what he initially thought when he heard the news of the shooting not far from where he plays and lives. "Probably some more explicit terms that I won't say right here. It's just how do we clean up this. ... It all comes back to this gun situation that we have in America and gun violence. I don't want to go into that right now, but I can do it at a later point. We know that these people are just being able to go and buy guns and do things with them, and innocent lives are being taken at young ages. Young ages."

James then reflected on his youth while growing up in Akron, Ohio, and how it felt like a much more innocent time.

Sunday's game was the Lakers' first at home since the shooting late Wednesday night. The Clippers, led by Annemarie Loflin, their chief of staff of basketball operations, ordered the "Enough" T-shirts after the Clippers took note of the Los Angeles KingsandMinnesota Wildwearing "Enough" decals during a game at the Staples Center on Thursday. The Clippers invited the Bucks to wear the shirts in honor of the victims.

Hawks coach Lloyd Pierce wore the T-shirt during his session with reporters before the game.

"It's a national thing," Pierce said. "It's a tough time right now with the mass shootings, specifically being here, the most recent. It's unfortunate. It's sad. We can talk about gun control, you can talk about how to deal with everything that's going on, but I think really, the shirt is just trying to solidify that there's a presence in the NBA that's thoughtful about the people that lost their lives, and the people that were present there, and just the community in Southern California, what everybody's going through and trying to deal with this. So I think it's a great statement."

Lakers coach Luke Walton opened his session with reporters at Friday's practice talking about how "heartbreaking" it is for him to find himself addressing another gun-related tragedy. The Lakers played in Las Vegas last year during the preseason shortly after the shooting massacre that took 58 lives.

"I think when you have kids and you're concerned about where our world is going sometimes, it's nice to see people trying to stand up and bring awareness to things and not just let it slide into yesterday's news," Walton said.

James sent his prayers and condolences to the victims of the latest mass shooting.

"I think it's about recognizing what's going on in society and for us to be so close to this situation, not being too far away," James said. "First of all, my prayers and my condolences to all the families that lost loved ones in such an act that none of us ever want to be a part of, obviously, but never want even to hear about. No matter how close or how far you are."

James praised Silver for allowing NBA players to take stands and speak out on societal issues that are important to them.

"For us to have a commissioner like we have to even allow us to do something like this, number one, that's amazing," James said. "That's why we all love Adam. I saw the Clippers do it as well in their last home game, just recognizing a very troubling time at that point and time. But also recognizing that we, I don't want to say understand, but we're here for the families in spirit and in health and that's important." 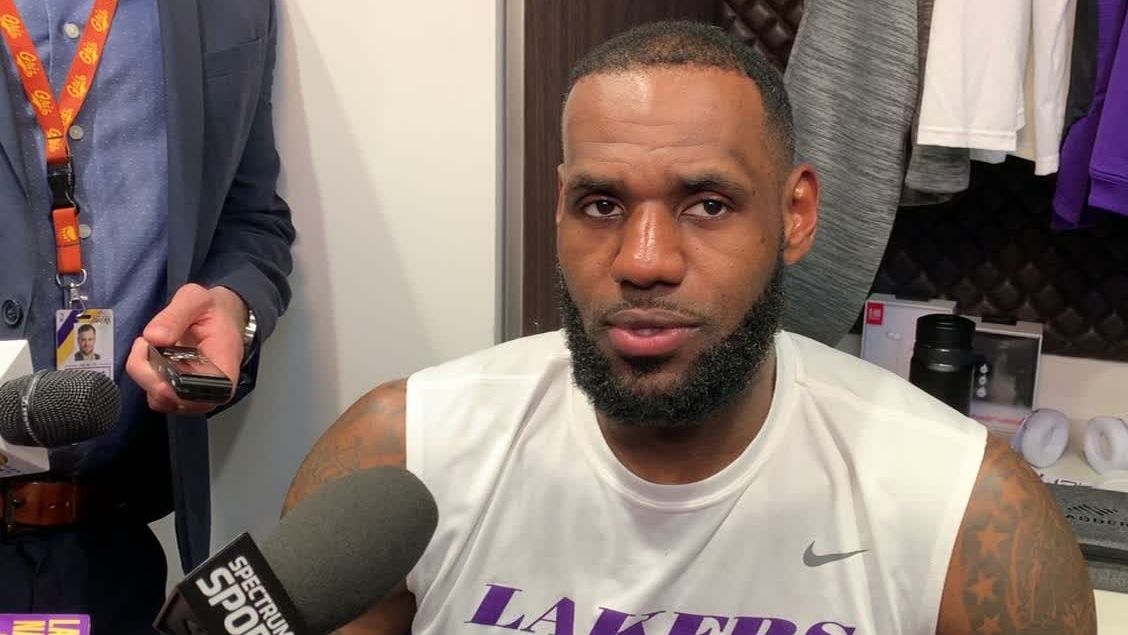