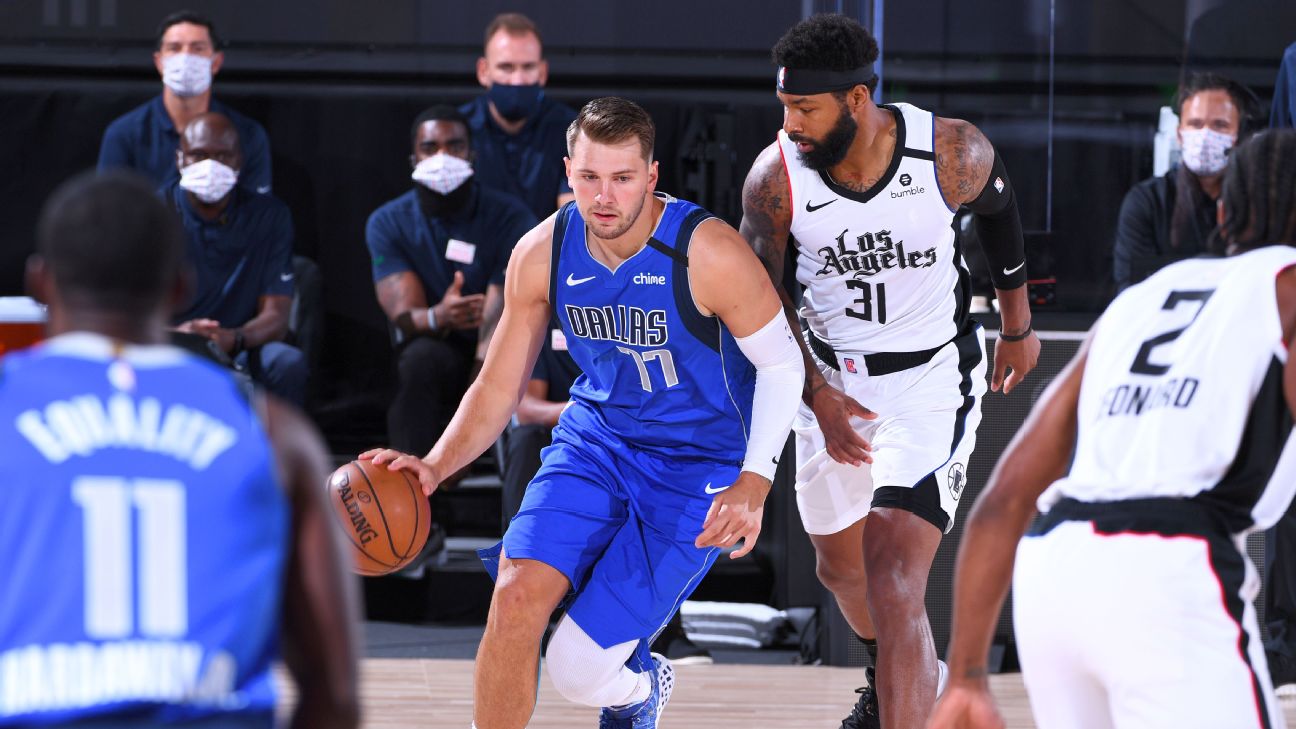 Star guard Luka Doncic, whosprained his left ankle in Friday night's Game 3 loss, warmed up about an hour and a half before Game 4 before the decision was made for him to play. He started the game.


Porzingis was listed on the injury report as probable, but the injury cited was a left heel contusion.

Porzingis, who suffered a torn ACL in his left knee while playing for the New York Knicks in February 2018, has dealt with right knee soreness off and on throughout this season. He missed 10 games in late December and January due to the issue. He experienced irritation in his right knee earlier this week and was listed as questionable for Game 2.

Porzingis, who was ejected early in the third quarter of the Mavs' Game 1 loss, is averaging 23.7 points, 8.7 rebounds and 1.0 block per game in his first playoff series. He had 34 points and 13 rebounds in the Mavs' Game 3 loss.

Doncic had an MRI on Saturday, with a source telling ESPN that it revealed "nothing alarming." Another source said Doncic is experiencing "minimal" swelling.

Doncic went down after rolling his ankle while defending Kawhi Leonard on a drive to the basket with 3:58 left in the third quarter. He immediately grabbed his left ankle. After being helped to his feet, Doncic hopped on his right foot off the floor and up the tunnel.

After getting the ankle retaped, Doncic returned at the beginning of the fourth quarter and was clearly hobbled before exiting with 9:02 left. The Mavs announced minutes later that Doncic would not return.


"It's not that bad," Doncic, who missed 11 games this season after twice spraining his right ankle, said after Game 3. "Honestly, I had luck it's my left ankle. It's not my right. It's a little sprained."

Doncic averaged 35.0 points, 7.5 rebounds and 8.0 assists while the Mavs and Clippers split the first two games of the series. He had 13 points, 10 rebounds and 10 assists in Game 3, becoming the third-youngest player in NBA history to record a playoff triple-double, behind only Magic Johnson and LeBron James. Carlisle said Doncic did not aggravate the sprain by playing a few minutes to begin the fourth quarter. After evaluating Doncic and retaping his ankle, Casey Smith, Dallas' director of player health and performance, informed Carlisle that Doncic wanted to return to the game, but it was quickly apparent that Doncic's mobility was significantly compromised.

Doncic gestured to the Dallas bench that he needed to exit the game. He knocked over his chair in frustration before returning to the locker room area with Smith.

"I just wanted to get in," said Doncic, who was 4-of-14 from the field in the loss. "We still had a chance to win and to help my teammates. Obviously, I could still run a little bit, but I couldn't push off my left leg, so it was better to go out and to let somebody else play."

Clippers guard Patrick Beverley is out for Game 4 with a left calf strain. 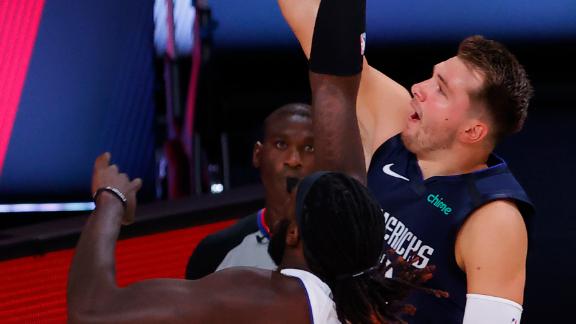