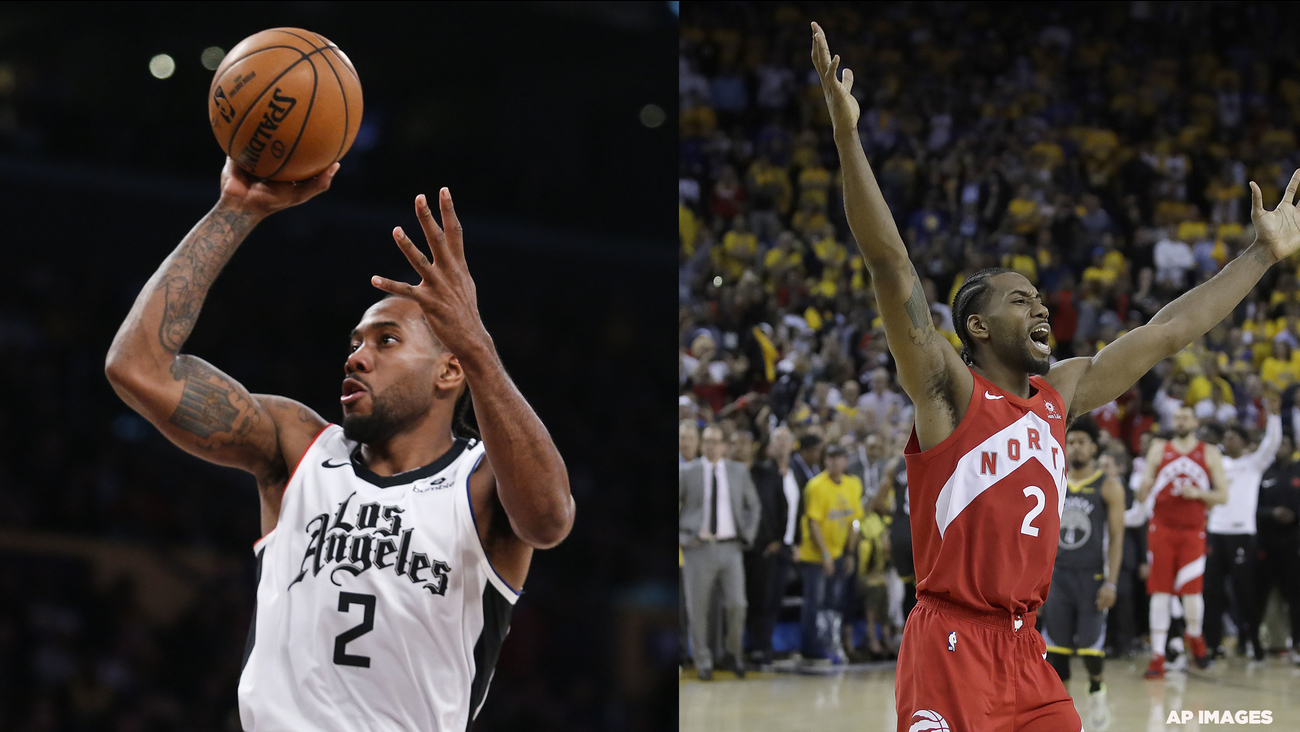 California's own Kawhi Leonard was named the 2019 AP Male Athlete of the Year. He joined exclusive company as he is just the fifth NBA player to win the award, joining Michael Jordan, Larry Bird, Stephen Curry and LeBron James.

Leonard's 2019 saw him win an NBA Championship and NBA Finals MVP with the Toronto Raptors. It was the Raptors' first championship appearance in franchise history.

Most remember Leonard's iconic shot in Game 7 of the second round against the Philadelphia 76ers, where the ball bounced around the rim multiple times before finally falling and sending the Raptors to the Eastern Conference Finals.

The Clippers are currently 3rd in the Western Conference with a 23-10 record. They won the second battle of Los Angeles against the Lakers on Christmas Day, where Leonard finished with 35 points, 12 rebounds and five assists on 11-19 shooting.
Report a correction or typo
Related topics:
sportsfresnolos angeles clipperstoronto raptors
Copyright © 2021 KFSN-TV. All Rights Reserved.
More Videos
From CNN Newsource affiliates
TOP STORIES