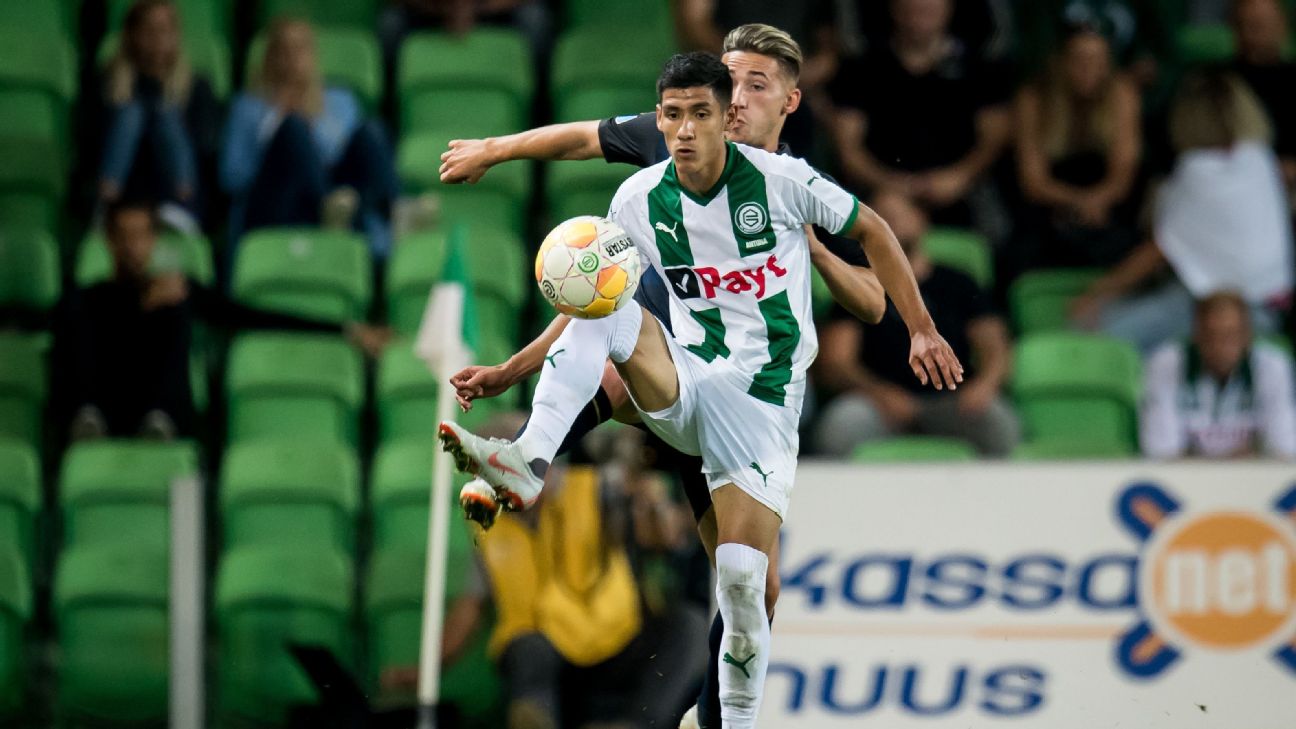 The LA Galaxy have agreed to a year-long loan deal with Manchester City for midfielder Uriel Antuna, the club announced on Tuesday.

Antuna, 21, will occupy an international roster spot andcould fill the Galaxy's needs for speed and scoring talent on the wing under new coach Guillermo Barros Schelotto.

After starting his pro career in Mexico with Santos Laguna, Antuna signed with Manchester City in 2017. The winger spent last season on loan with FC Groningen in the Netherlands, moving between the first team and the reserves.

"Uriel is a talented, young and dynamic midfielder who we think can add to our attack," said LA Galaxy general manager Dennis te Kloese. "He has experience playing in for clubs in Mexico, England and the Netherlands and will only continue to develop and improve as a player.

"We are excited to add him to our roster and believe he can offer something positive to our team."

Antuna has featured for Mexico at international level in both the U20 and U21 setups and earned a first senior call-up by then-manager Juan Carlos Osorio in November 2017 for friendlies against Belgium and Poland.