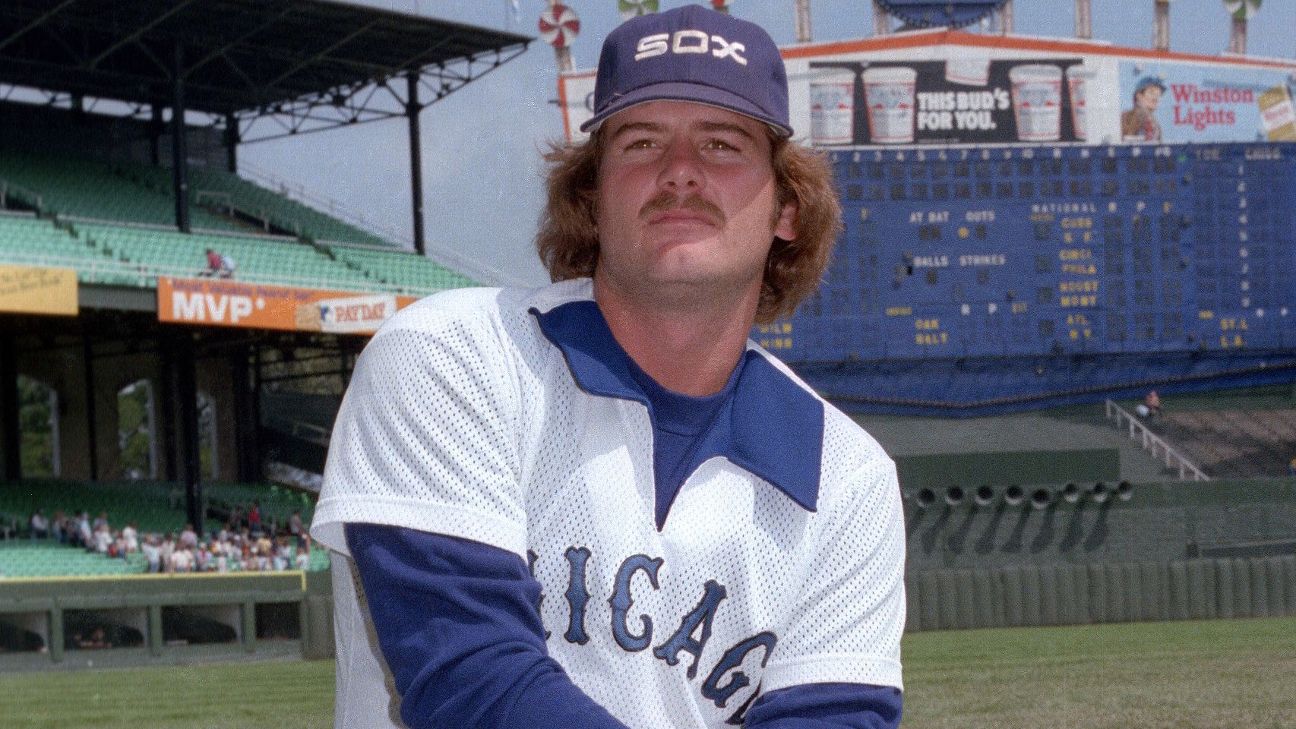 CHICAGO -- LaMarr Hoyt, who won the 1983 American League Cy Young Award with the White Sox, has died. He was 66.

The White Sox announced his death Wednesday. The team said he died Monday in his hometown of Columbia, South Carolina, following a lengthy illness.

The 6-foot-3 right-hander was the 1985 All-Star Game MVP, pitching three innings of one-run ball in the National League's 6-1 victory over the AL. That year with San Diego was the only All-Star selection of his career.

"My first impression of LaMarr was, 'Here is a pitcher.' He had average stuff but amazing command and tremendous confidence, and he never showed fear," said White Sox manager Tony La Russa, who returned last season for a second stint in Chicago. "We brought him up to the big leagues in 1979, and nothing bothered him. He had this impressive cool where he believed if he made his pitches, he would get hitters out. He faced teams multiple times in a season but could change up his looks and keep them off balance. What a great competitor."

"We would sit around and talk pitching for hours," said Dotson, who won 22 games in 1983 for the AL West champion White Sox. "He really knew how to pitch. His stuff was never great, but he had a great sinker and exceptional command. LaMarr, Britt Burns, Harold Baines and I all came up to the big leagues around the same time and grew up together, which eventually led to that memorable 1983 season. We are all going to miss him."

Hoyt was selected by the New York Yankees in the fifth round of the 1973 amateur draft, but he never played for them in the majors. He was traded to the White Sox in April 1977 in a multiplayer deal that moved Bucky Dent to New York.

He made his big league debut two years later with two scoreless relief appearances for the White Sox in September.

He followed that up with the best year of his career. He went 24-10 with a 3.66 ERA in 36 starts in 1983, helping the White Sox win the division title. He led the majors in wins and took home the AL Cy Young Award, beating out Kansas City Royals reliever Dan Quisenberry.

Hoyt then made his only postseason appearance, pitching a five-hitter in a 2-1 victory over Scott McGregor and the Baltimore Orioles in Game 1 of the AL Championship Series. The Orioles followed with three consecutive wins, eliminating the White Sox.

After one more year in Chicago, Hoyt was traded to San Diego in a multiplayer deal that landed Ozzie Guillen with the White Sox.

"He genuinely loved being a part of the White Sox organization, and I can say without a doubt those were the best years of his life," oldest son Matthew Hoyt said. "All he talked about in his final days was baseball, the White Sox and all of his former teammates."
Report a correction or typo
Related topics:
sportsespnnewsmlbchicago white soxsan diego padres
Copyright © 2022 ESPN Internet Ventures. All rights reserved.
TOP STORIES
Foggy Day School Schedules, Fog Tracker from ABC30
CHP: 1 in critical condition after being hit by car in central Fresno
CA proposal would let older kids get vaccines without parents' consent
Fresno man accused of killing dog pleads not guilty
Kamala Harris to discuss wildfire recovery efforts during SoCal visit
Multiple people displaced after house fire in SE Fresno
Parlier police searching for missing 16-year-old girl
Show More
California water districts will get more supply than planned
Pick your own citrus at this Valley farm
US confirmed 1st COVID case 2 years ago today
Video shows catalytic converter theft in Fresno in less than 2 minutes
Valley hospital beds continue to fill with COVID patients
More TOP STORIES News