Team of the Week: Bullard Knights 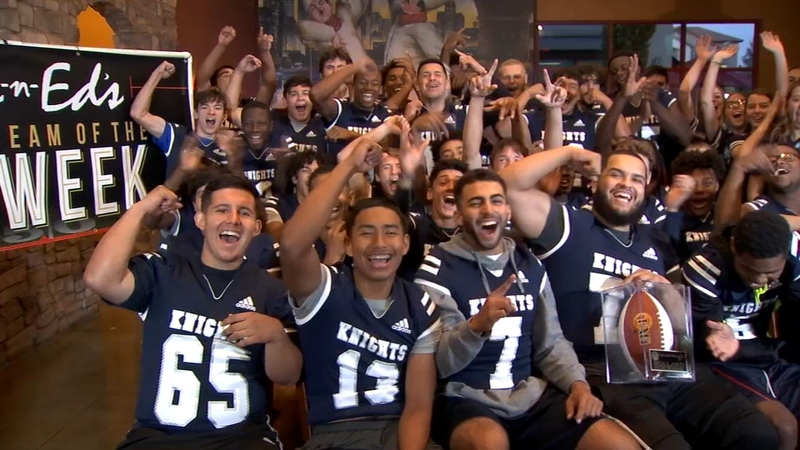 Team of the Week: Bullard Knights

FRESNO, Calif. (KFSN) -- What could be a playoff preview down the line, this team pulled off in an overtime victory on the Coast last Friday night.

Down 17 points against Arroyo Grande heading into the third quarter, the Knights scored 21 unanswered points to defeat the Eagles in overtime.

"It was pretty exhilarating. We played great the second half it would have been a pretty long ride home had we not done what we did," said co-head coach Dan Arax.

Bullard is led by no one, but two, head coaches in Yosef Fares and Dan Arax.

"It's just a better learning experience even in the weight room we're getting two leaders out there pushing us to our greatest," said Bryce Weiner. "It's one of those deals where I know a lot of people question it but I knew it would work out and we're seeing those benefits."

Bullard dropped their season opener to Buchanan but have rattled off four straight wins since. The Knights hope to go 1-0 in CMAC play this Friday night when they host a long-time rival, San Joaquin Memorial.

"This is a community game, a lot of their alumni come from the Bullard community. This is a lot of people that sit down for Thanksgiving dinner, Christmas dinner so there is a lot of bragging rights going into this game," said co-head coach Yosef Fares.