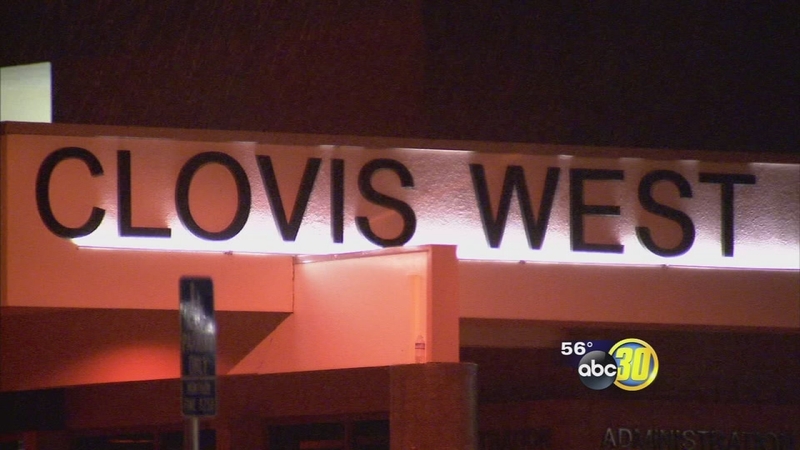 "I immediately had the same pit, a knot of pain that I can't describe that happened the same night my son passed away."

Police said it was a high school senior that took his life Thursday morning, the third at Clovis West since August.

Bernardoni understands the pain too well-- her son was the second student to commit suicide back in November, while she was out grocery shopping.

"Nobody's taking these kids seriously. These kids are crying out some of them and my son's case he didn't have really any, except to one person, and they didn't tell."

Clovis Unified told us there are ample suicide prevention resources on campus. The district has psychologists, therapy dogs, and peer counseling services.

But Christina Roup, who is a parent and mental illness advocate, said the help is often reactive. And the subject is so taboo that even families rarely talk about it.

"Our campus is at high risk, our students are at high risk right now. Parents need to talk to their young ones as well, opening that conversation, asking that very hard question, 'are you thinking of killing yourself?"

Bernardoni said her son had impulse control problems, but never showed signs of depression at home. Instead, he shared his suicidal thoughts with a friend, and they were never passed them on to an adult, a counselor, or the school.

"Where we are failing, in my opinion, is when you come tell Kristine that you're suicidal, what do I do with that information. These kids can't process their own feelings; they don't know what to do."

Fresno County's seen the number of suicides increase from four last year to 11 this year.

Parents said they hope this death captures some attention, for schools to teach warning signs. And above all, that it is alright for kids to come forward and talk about their feelings.

Bernardoni said, "I'm an emergency room nurse, I get suicide patients in our work. I work in the emergency room-- this is something that I do. But I couldn't save him because I didn't have the information."

The Fresno County Sheriff's Office is in the beginning stages of developing a suicide awareness campaign.

"In his short 16 years he made such a huge difference, he just had to give 'our' ultimate sacrifice. The least I can do is stand up and be his proud strong mom and do what he would have done-- Hug this entire community and say we need you here. You are important. You are worthy of this life," said Bernardoni.