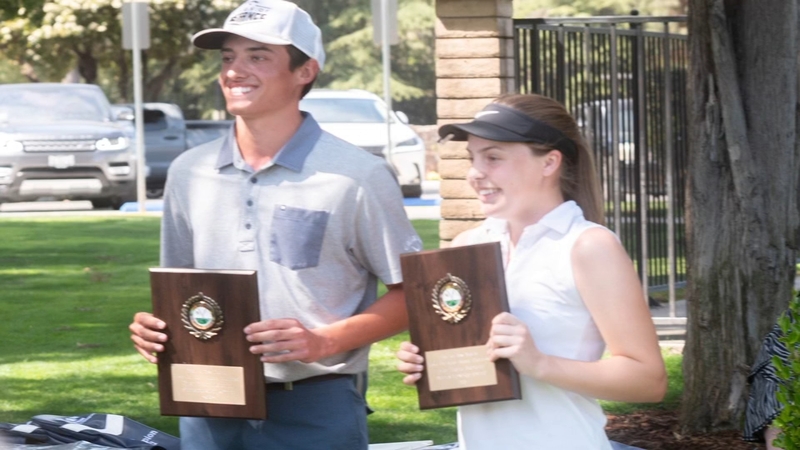 The tournament attracted some of the top junior golfers in the state and for a number of years, that included Tyler Zaentz.

The Fresno Christian grad played in the tournament from age 9-18 before going on to play at UC Santa Barbara. "He grew up playing golf in this tournament and looked forward to playing it every year," said his father, Alan Zaentz.

It was then that his family set up a golf scholarship fund in his name.

"Nothing gives us any pleasure except giving back to the causes that he believed in and golf and youth and sportsmanship were always important to him so we're thrilled to be able to give to this cause," Alan Zaentz told Action News.

More from the Len Ross Memorial...
Coming up at 6 PM, hear how the family of Tyler Zaentz is remembering the late @fresnochristian grad after he died suddenly last summer at the age of 26. @ABC30 pic.twitter.com/PFmfVJ4J2x

The family was at Sunnyside CC to see the first ever Len Ross Sportsmanship award presented; a scholarship totaling $2,000 each for the boys and girls recipient.

Tyler's family also awarded $3,000 to the overall winners of the tournament.

"He (Tyler) played in a lot of tournaments but this was always the one he wanted the most," said Mr. Zaentz. "Always wanted to get Bryson ( DeChambeau) but never quite got him."