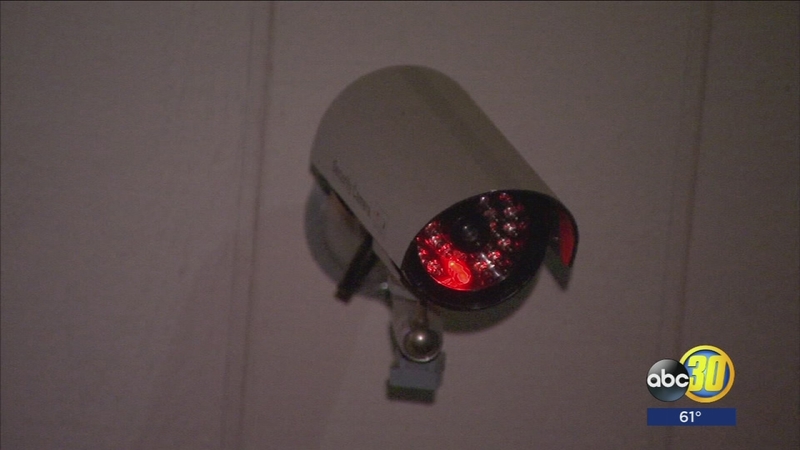 FRESNO, Calif. (KFSN) -- A thief was lurking on the campus of Roosevelt High School at the end of September--looking to steal surveillance cameras, a device ironically designed to prevent thefts from happening.

The crook took off with six cameras and has been on the run since.

In a similar situation, just weeks prior, the man snatched four cameras from Yosemite Middle School. He is believed to be Tyler Cherry.

Detective Donnie Dinnell says after cherry was arrested, he told them he does it because it is not as hard as stealing and processing copper.

"He explained to us that he can get $20 a camera on the streets and he can get it like that--two cameras is $40 and you can do a lot with $40 if you're living on the streets whether it be drugs," said Dinnell.

Authorities say Cherry is also responsible for swiping cameras at this business. The owner did not want to speak but had a rather blunt message on the front door for the bandit behind the new trend in crime.

A crime Latasha Henderson says people should not be doing for many reasons.

"You're very smart--you're going to steal something that is going to capture you know that's crazy," said Henderson.

Meantime, detective Dinnell says surveillance camera owners should now consider bolting their device to studs or using non-reversible screws to avoid being the next victim.

The six cameras from Roosevelt High School cost the district about $1,000.

They provided a statement saying, "Fresno Unified cares deeply about the safety of our students and staff and providing secure campuses for our community. The surveillance cameras that were stolen have been replaced."