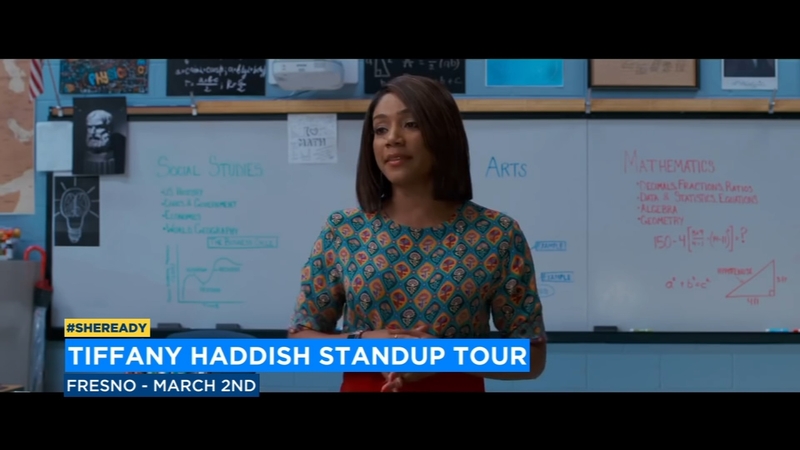 Comedian Tiffany Haddish has announced a stand-up tour, and she is bringing her act to Fresno.

She will perform at the "Warnors Center" in Downtown Fresno on Saturday, March 2.

The 2019 trek is named #SheReady after her most common catchphrase.

Haddish has been a working actress and comedian for more than a decade.

She'll star alongside Whoopi Goldberg in the upcoming comedy "Nobody's Fool" which will be released on Nov. 2.