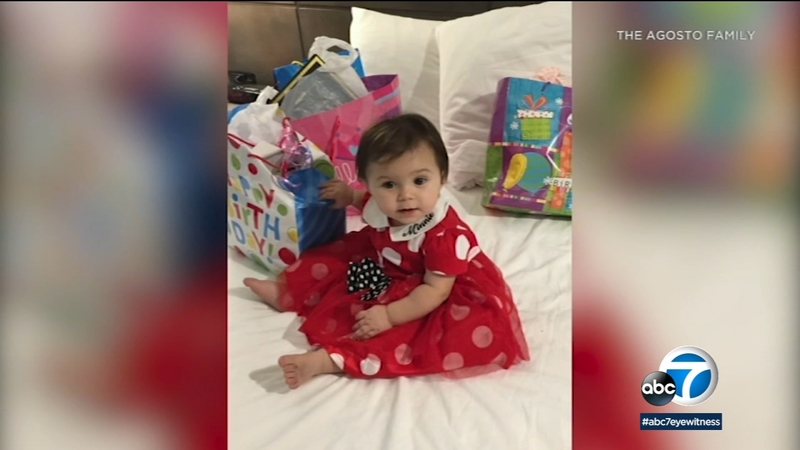 LAWNDALE, Calif. -- A heartbroken father is speaking out after attending the funeral of his 2-year-old daughter, who authorities say died after being left in a hot car by her mother.

Garry Agosto says he always feared for his daughter's safety when she was with her mother.

Lacey Mazzarella is accused of leaving their daughter, June Love Agosto, alone in a car with the heat turned up for up to five hours in unincorporated West Carson.

Authorities say Mazzarella was drinking alcohol in another car nearby and fell asleep. She went back to find her daughter hours later and discovered her unresponsive. The coroner's office says the child's body temperature reached 107.5 degrees.

RELATED: Toddler dies after being left in hot car for hours in while mom allegedly drank

Mazzarella has been arrested for murder and child neglect. She faces 15 years to life in prison if convicted.

Agosto says he co-parented with Mazzarella but because of her erratic behavior he had been fighting for sole custody of their daughter.

"I want nothing but the maximum penalty that can be possible," he said.

On Friday, a funeral was held to remember June Love Agosto.
"Yesterday was just gut-wrenching," Garry Agosto said. "We tried to fill the room with love. The only great thing about yesterday is we really celebrated her, celebrated her life, the music she liked."

Agosto says his daughter loved music and sports and woke up with a smile every day.

"One of my favorite things I would tell her is show me your teeth and she would just show me all her teeth with her pretty smile," he recalled.

His last time talking with his daughter was via Facetime.