Alicia Espinoza, 23, was found in Cabo San Lucas after authorities received an anonymous tip from a man on vacation there.
KFSN
By Brittany Jacob 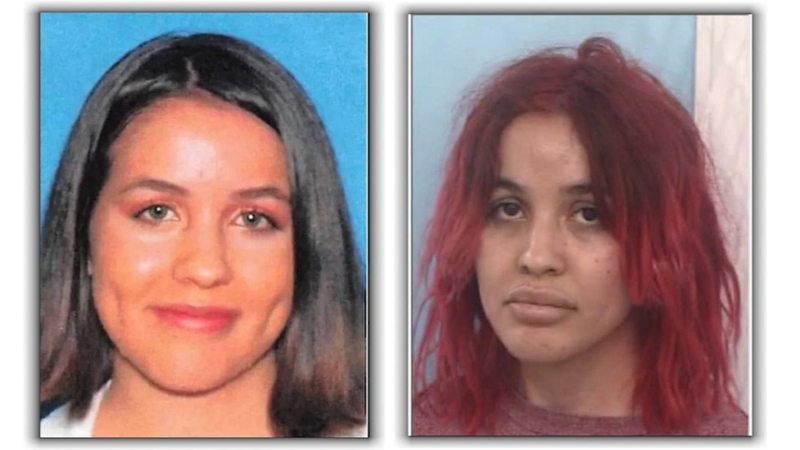 TULARE, Calif. (KFSN) -- A woman who is a suspect in the murder of her boyfriend was taken into custody in Mexico, the Tulare Police Department said on Friday.

Alicia Espinoza, 22, was found in Cabo San Lucas after authorities received an anonymous tip from a man on vacation there.

The tipster said he did a Facebook search of her name and found that she was a person of interest in the homicide investigation.

Getting Espinoza into custody proved easy. Mexican authorities had already arrested her for an unrelated crime.

Espinoza was extradited back to Tulare on Thursday and has since been booked in the Tulare County jail on murder charges.

Then and Now: Tulare Police have tracked down 23 year old Alicia Espinosa in Cabo San Lucas. She’s under arrest for murder. Her recent mugshot is on the right. She was wanted for death of her boyfriend- 55 yr old John Albers. Police say she is in the adult entertainment industry pic.twitter.com/rvs3iXT9Mu

Police were trying to track down Espinoza after 55-year-old John Albers, her boyfriend, was murdered on either Halloween night or the following morning.

Family members found his body inside his home on November 1 after calls to his phone went unanswered.

Investigators say Alicia Espinoza is in the adult entertainment industry and travels from Tulare and Visalia to Las Vegas and Henderson, Nevada.

Neighbors were shocked when Tulare Police showed up to Albers' home to investigate his sudden death. They said Albers usually kept to himself, but was friendly and talkative. He was single and there were never a lot of people coming and going from his home.

They also said that surveillance cameras in the area captured Espinosa leaving his home.

Investigators said Espinoza and Albers didn't live together but she visited often. Albers worked for his family's dairy equipment business.

Officers said Espinoza changes her appearance often, including her hair color and length. She is also known to wear wigs.