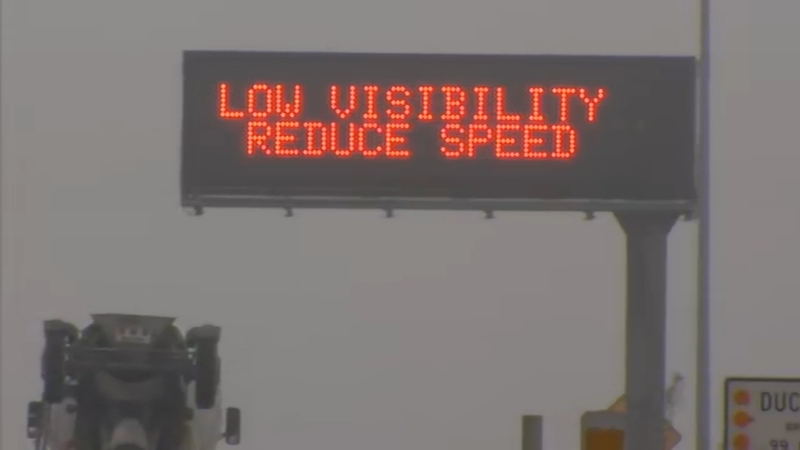 FRESNO, Calif. (KFSN) -- Despite a year of major improvement in reducing central valley ozone levels, on Thursday, board members with the San Joaquin Valley Air Pollution Control District were told they still have room for improvement.

The public comments came after a stagnant air day last Tuesday that caused an unexpected blanket of bad air and smoke.

An unpredicted spike in the particulate matter last Tuesday caused enough concern for some valley residents to take their issue to the valley air board meeting.

"We should have been told about air quality. People, all of us are affected by this. But mostly those of us that have respiratory diseases and so forth. I'm very disappointed," said Fresno resident Janet Dietzkamei.

The outrage came after many residents said they smelled smoke and what looked like foggy conditions lingering over the Fresno area.

The air quality around 6 pm drastically dropped on December 10th into a very unhealthy category.

Concerned citizen, Thomas Manz, commended the continuous improvements to the air monitoring efforts but suggested the district impose a later deadline to decide whether burning should be allowed the following day.

It's currently four in the afternoon he suggested 11 pm.

Last Monday night, Manz said there were signs of the severe air quality that eventually developed.

"We were right about eleven point three micrograms for the whole day. And if the meteorologists had known that, when they made the forecast for the next day-they likely would have said we're pretty close to the 12 microgram threshhold," said Manz.

Ag burning was permitted for some designated farmers last Tuesday.

"There probably was some residential wood burning going on and other burning going on. There was ammonium nitrate formations, secondaries and some of those peaks that are very characteristic of the valley- they are very tough 2.5 PM's that we've been working on a very long time to shave," said SJVAPCD Executive Director Samir Sheikh.