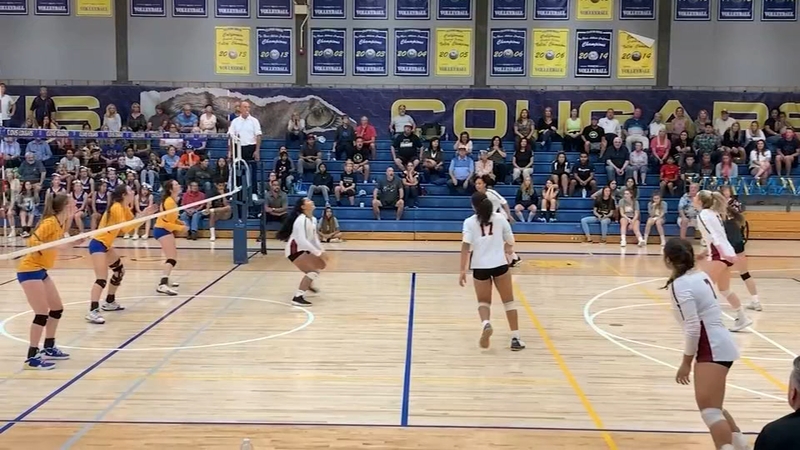 FRESNO, Calif. (KFSN) -- All California youth sports have a chance at returning, thanks to a new settlement by the advocacy group 'Let Them Play CA'.

The announcement came Thursday morning at a press conference in San Diego.

His goal has been to play on the varsity team all four years, but prior to Thursday he didn't think he'd have a chance to even try out his freshman year.

"That was just a worry by me that I was going to lose an extra year of basketball," Pena said.

All California youth sports have a chance at returning thanks to a new settlement by the advocacy group "Let Them Play C-A".

Now that the announcement about the settlement has been made, he's grateful there could be a chance at a season.

It was a similar situation for Grace White, a junior at Clovis West High School. She said junior year is a critical year to get recruited, but without the season, that's not happening.

"Junior year is the year you want to have college coaches come watch you play, you want to be sending in film of games, so it's just kind of tough when you're not able to play those games that the colleges are going to come watch you at," White said.

Clovis Unified School District officials said some of their indoor sports were on the brink of cancellation prior to Thursday morning. Now the district is waiting for guidance from the California Interscholastic Federation and the Fresno County Health Department about the settlement and new guidelines.

The guidelines and full details of the settlement have not been released, but attorneys representing 'Let Them Play CA' say the group and the California Department of Public Health agreed on new health safety protocols and guidelines.

Some of those guidelines include

Indoor volleyball, basketball and wrestling all will require testing until the county reaches the yellow tier.

The state of California is providing COVID testing for water polo, rugby and football. However it's unclear if they will provide testing for any other indoor sports.

Officials with "Let them Play C-A" said in the meantime, any other player, team, district or club team that needs testing can receive a free test by going to TestTodayCA.com.

After this court decision, it will now be up to individual counties and school districts to decide whether or not they will allow indoor sports seasons to continue.

Clovis Unified officials said they're waiting for more information from the California Interscholastic Federation and Public Health before the district makes any final decisions.

Fresno Unified School District sent a statement to ABC30 regarding the settlement announcement:

"We are aware of the recent announcement regarding indoor and outdoor youth sports. At this point, we cannot provide any updates since the agreement is not yet available for review. Until that time, our current sports guidelines remain in effect pending the publication of any updates from state and local health departments."

Grace White, the junior at Clovis West said she's hanging on to hope that there may be some sort of season before the school year ends. "It's like, we all love playing volleyball so as long as we get to be out there playing, even with the mask, it's a little harder to play, but as long as we're able to play, I think we're having a good time."

Jordan Pena, the freshman at Sanger High said just having the chance at a season is enough for now.

In a statement the California Interscholastic Federation said it was waiting to respond to the settlement and new guidelines.

The California Department of Public Health is expected to release the full guidelines by Friday.
Report a correction or typo
Copyright © 2021 KFSN-TV. All Rights Reserved.
More Videos
From CNN Newsource affiliates
TOP STORIES