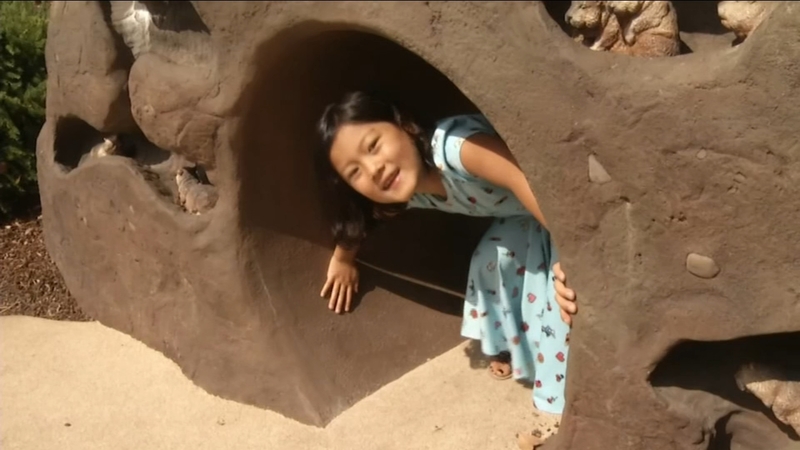 SAN FRANCISCO -- A new kind of virtual reality is being described as revolutionary by experts. However, this time the technology isn't focused on video games, but the human heart. A doctor at Stanford has teamed up with the tech gurus in Silicon Valley to create a virtual heart. The aim is to not just tell but show patients' families what is happening inside the body.

Like most kids, Bailey Cox is in constant motion from one adventure to the next. So much so that few would ever guess that she suffers from a severe heart condition.

Joanne Masuda-Cox, Bailey's mom, added, "We found out she had a heart defect in utero at a 3D ultra sound. So Bailey was born with hypoplastic left heart syndrome."

David Axelrod, MD, Lucille Packard Children's Hospital Stanford, explained, "The whole left side of the heart, the part of the heart that does the main pumping of the blood out to the body does not develop normally."

So far, Bailey has had four open heart surgeries. It's been a roller coaster of emotions for her parents.

"We had no idea about the intricacies of the heart," Adam said.

As a result, the Cox's received a crash course from Bailey's cardiologist, David Axelrod.

"Everything was drawn on a whiteboard or piece of paper to explain it," Adam continued.

That is until Dr. Axelrod devised a way to let patients step into their own heart.

"The Stanford virtual heart is a virtual reality experience that patients' families can use to understand both the normal heart and also congenital heart disease," shared Dr. Axelrod.

"We were able to see what the surgeries do. What's repaired and how the heart will actually function," stated Joanne Masuda-Cox.

Bailey Cox, cardiac patient, shared, "I saw my heart, my first surgery and my second surgery."

"My head's still spinning over it really," explained Adam.

Dr. Axelrod detailed, "Parents that look at it and immediately understand the three dimensional aspect of the heart."

Bailey knows what matters the most.

"It's special and I take good care of it," Bailey told Ivanhoe.