The 36-year-old suspect surrendered to officers after a brief standoff.
KFSN 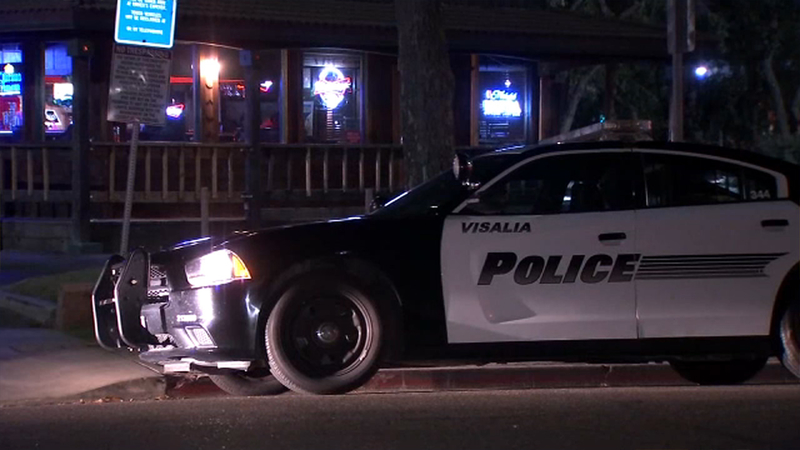 VISALIA, Calif. (KFSN) -- A 36-year-old man was arrested after police say he opened fire outside a Visalia bar on Monday night.

It happened before 11:30 pm at the Santa Fe Station Bar on Center Avenue and Road 128.

Police say Derek Hicks fired shots from inside a Cadillac.

While he and a passenger refused to get out of the car, employees and patrons inside the bar evacuated through the back door.

The 36-year-old suspect surrendered to officers after a brief standoff.

No one was injured in the shooting.

Police say Hicks is not allowed to have a gun.

Investigators say he had a ghost gun, a firearm without a registered serial number. Detectives also found cocaine in the car.

Hicks was booked into the Tulare County jail on various gun charges. The passenger in his car was released.