KFSN
By Vanessa Vasconcelos
FRESNO, Calif. (KFSN) -- As the end of Pomegranate Harvest approaches, farmers in Madera County are learning looks can be deceiving when it comes to this year's crop.

"Tough to get color on the outside, that doesn't mean the inside isn't red tasty and full of sugar," said Alex Lehman.

Third generation farmer Lehman says no year is the same in the Ag industry, but this is a first for him.

"We're blessed that we've had this rainfall in regard to pomegranates it's kind of a catch," said Lehman.

This year's record rainfall was beneficial to the growth of the tree but it also had its impact on the fruit's look.

Here at homegrown Cellars Harvest itself came a week ahead of schedule.

"They had color the sugar they were ready to go," said Lehman.

Grown primarily for juice, the fruit, handpicked at homegrown cellars, are also used for syrup, jam and to sell fresh at the market.

Farming 218 acres, they account for the majority of Madera County's almost 2,000 pomegranate trees.

Lehman says he is seeing the demand significantly grow from years past, saying we could soon see what was once considered an "oversaturated pomegranate market" stabilize.
Report a correction or typo
Related topics:
weathermadera countyweathermadera countyharvest
Copyright © 2020 KFSN-TV. All Rights Reserved.
WEATHER 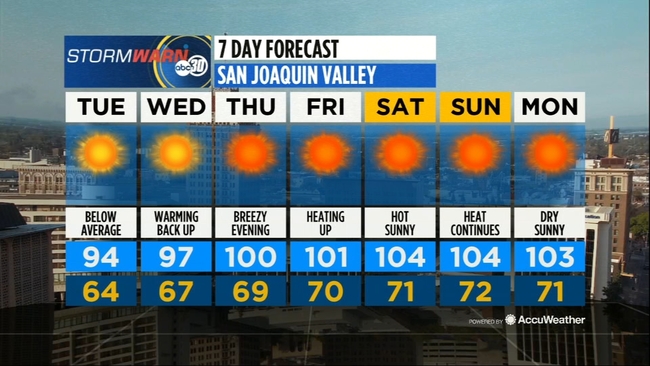