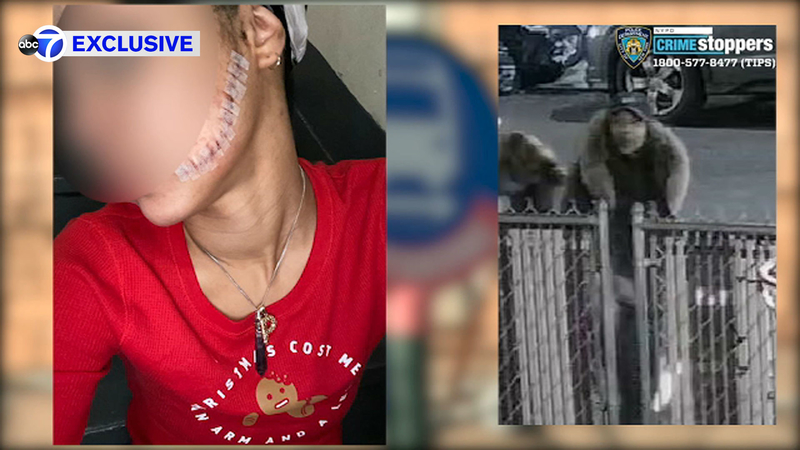 Mom slashed by woman after kid throws up on MTA bus

NEW YORK -- Police said a mother was slashed in the face by another woman after her child threw up on a bus in New York City.

The victim and her children were on an MTA bus in Brooklyn Tuesday when her 4-year-old son got sick.

As a result, the bus had to be put out of service. As the passengers got off the bus to wait for another, she was confronted by an angry passenger on the corner of Elton Street and Sutter Avenue in Brooklyn's East New York neighborhood.

The 31-year-old victim, who did not want to be identified, said she tried to reason with her.

The victim said that moments later, the woman ran up to her and slashed her across the face before fleeing.

"I didn't even feel the cut until it started bleeding. I didn't even know she cut me, that's how quick she did it," the victim said. "A kid is just a kid, you know. Things happen. As a parent, you have to deal with these things all the time. So, to me, you know, it was just a shocker."

The victim was taken to the hospital with a laceration to her face.

The victim said she wants the woman arrested, and she wants to press charges against her after she traumatized her children.