15 giant sequoias were knocked down by Mono winds in Mariposa Grove.
KFSN
By Alyssa Flores 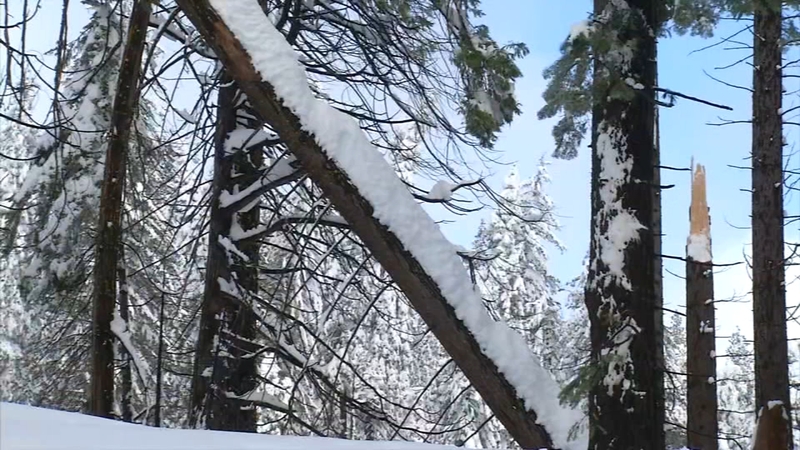 There's still no power in Wawona.

The park has been closed for days after a one-two punch of weather - destructive Mono Winds tore down tree limbs and then heavy snowfall blanketed roads and buildings.

Mariposa County Supervisor Miles Menetrey says combined with the winter storm, it's the worst wind damage he's seen in the 30-plus years he's lived in the area.

"The area is completely buried in snow and where normally you can plow the snow off the road, that snow bank is in some places 5,6,7 feet tall," he says.

Crews are doing their best to clear fallen trees and snow.

But there's nowhere for the snow to go. Several feet of buildup along the road barely allows room for more than one vehicle.

In Wawona, it's been next to impossible to recover from the Mono Wind event that knocked down trees in and around the park

"It's just heartbreaking. It's tough. It's unimaginable to just have that much damage," says Menetrey.

While inside the park, rangers are concerned over more falling trees after 15 giant sequoias were knocked down by Mono winds in Mariposa Grove.
And he says there could be more.

The park is set to reopen on Monday. But the southern gate from Highway 41 will remain closed.

Aside from the economic impact of a lack of national park visitors coming through town, foothill communities literally saw a blow to their businesses last week.