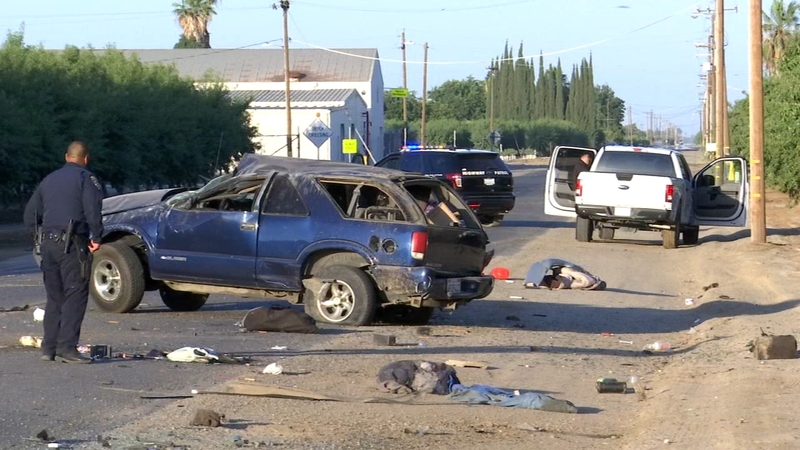 FRESNO, Calif. (KFSN) -- A 60-year-old man has been killed after crashing into another car that ran a stop sign and fled the area.

The accident took place on Thursday evening at W Shields and N Howard in Fresno County.

According to the CHP, the victim, Randy Estrada of Fresno, was driving east on Shields when he was hit by another car, a 2001 silver Toyota Corolla that was heading south on Howard and failed to stop at a sign.

The victim was not wearing a seat belt, was ejected out of the car and died at the scene, the CHP says.

The other driver did not stop and continued south of Howard.

That driver's Corolla sustained major damage on the front, and CHP officers were canvassing the area, looking for it.

They are asking anyone with information about the vehicle or the driver to call the Fresno Area CHP at (559) 262-0400.