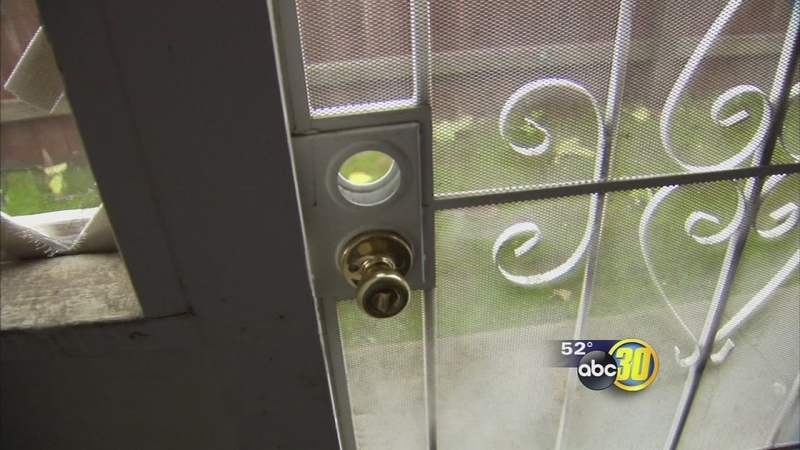 Sheriff's deputies say they broke into a home to steal gifts but a neighbor tipped them off before they could get away. Alice Rogers was at home baking cookies when she says two strange men pulled up to her neighbor's home on Villa near Turner.

"I looked out the window and saw a guy get out of the van, knock on the door no one answered," Rogers said, "they went to the back and I figured that was kind of strange."

She says the men walked over to the side of the house and she made a phone call. "I called my neighbor, her mom and I said, 'do you know anyone with a white van?' they said, 'no,' I just thought it was suspicious so I called the sheriff's," Rogers said.

Deputies showed up and caught one thief at the front door. His accomplice, reportedly got away and hasn't been seen since. "I was surprised because they didn't even care when the sheriffs pulled up," Rogers added.

Eileen Hernandez got home just in time to see the suspect sitting in the back of a patrol car. She says she was only gone for 20 minutes but every room in the house had been ransacked. "They got all my electronics, all my kids Christmas presents under the tree, all the stuff in drawers," Hernandez said, "they tore everything up from top to bottom."

All of the presents were stacked neatly in the garage and were ready to be loaded into a van parked outside. Tony Botti with the Fresno County Sheriff's Office says Christmas was just seconds from being stolen from the family.

Botti said, "these are the people who are destroying Christmas for people, hard-working people are just trying to put smiles on their kids' faces with gifts and these people are trying to take that away."

Fortunately, there was a watchful neighbor who recognized trouble from her kitchen across the street. "We try to look out for each other here so if everyone helps each other out we can stop some of this," Rogers said.