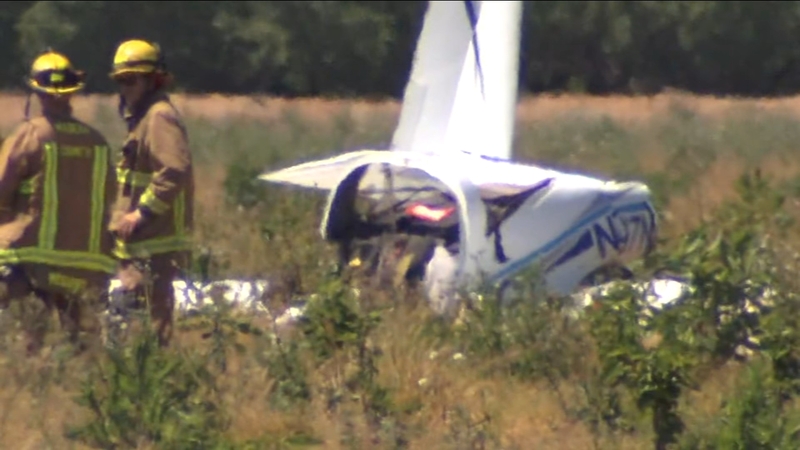 The Madera County Sheriff's Office has confirmed that two people are dead following a plane crash near the Madera Municipal Airport.

The victims killed in the plane crash have been identified as Joe Kulbeth, 76, and Saverio Chimienti Jr., 28. Both are residents of Fresno.

Kayla Serratto with the Madera County Sheriff's Office says both victims died at the scene.

Based on witness accounts, she says it's likely the plane took off from the Madera Municipal airport, which is just a little more than a mile from the crash site.

Among the wreckage were also safety concerns for investigators - prompting the Fresno County sheriff's bomb squad to be called out as well.

"We did call Fresno's EOD team just to disarm some safety equipment on the plane to ensure its safe for us to be around the scene and do any removal," Serrato says.

Sheriff's deputies will now take over the coroner role. Meanwhile, the National Transportation Safety Board and the Federal Aviation Administration are en route to determine what caused the plane to go down.