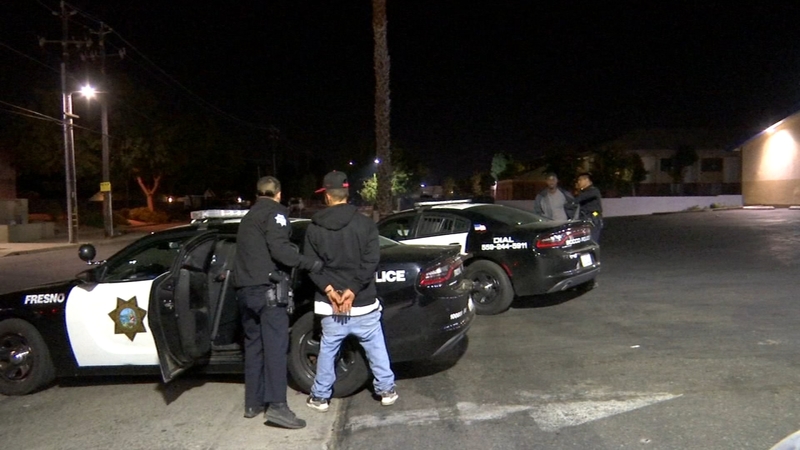 Investigators say the victim called for a wrecker to come jump his car at Dakota and Blackstone, but while he waited, five guys came up to him and started taking things from him and his car.

He got his car started and drove off, but it broke down again about 50 yards away and three of the suspects came up and robbed him again, this time at gunpoint.

The wrecker driver came to the rescue, picking him up and calling police while the men looted the car.

"We found the victim's damaged vehicle still in the roadway," said Sgt. Joe Martin of the Fresno Police Department. "We located the victim here. And we detained people walking away from the scene who matched the description he provided."

Police had the victim and a witness identify the suspects they detained and then took them to jail. They're facing armed robbery charges.